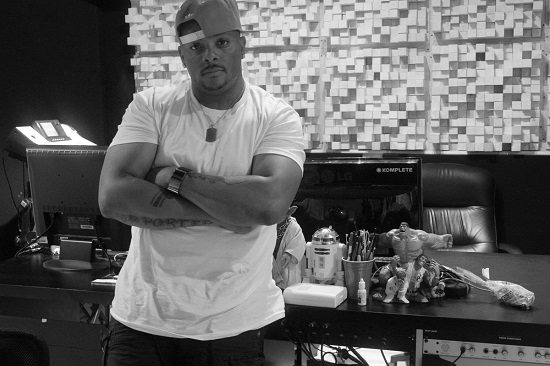 Satisfying our appetites for that uniquely soulful hip-hop sound native to Detroit, rapper and producer dEnAuN aka Mr. Porter collaborates with his soul brother Phonte for the smoothed out soliloquy to an ex-lover on "Impayshunt." Soliloquy may be too romantic sounding a word, because this is more of a "why you messed up our relationship" track, combined with an "on to the next one" message, delivered over a hypnotically soothing beat and butter smooth vocals.

Lyrically, the track is extremely engaging because of the emotional authenticity of the words, initiated by Phonte's opening verse. He rhymes a no-nonsense, personal verse about how his ex-girl's impatience wrecked their relationship. It highlights what makes Phonte's verses about love so distinctive and compelling. Whether singing or rapping, his perspective on love is unabashedly honest and masculine without being unnecessarily misogynistic, which makes it identifiable with both men and women. He writes about the reality of love not the fantasy. dEnAuN's following vocals deliver that same vibe in a way so smooth you would think this is a traditional love song, but it's actually a pretty snarky one. It's what one could call Real Talk R&B -- it pulls no punches, isn't trying to tell you what it thinks you want to here and, because of its unadulterated realness, everyone can relate.

Mr. Porter's vocals compliment the instrumental, which has that signature sound born of the same space that gave us the iconic producer J Dilla, along with Dwele and Black Milk. Around the 2:30 mark an entirely new instrumental featuring a prominent guitar solo with a series of engaging licks that makes you wish it had its own track is introduced. By taking this instrumental on at the end, dEnAuN is apparently trying to shows us that he's so gifted in the art of beatmaking, he's got beats to spare.

Listen to "Impayshunt" for yourself below, and if you love what you hear you can pick up dEnAuN's Stuff In My Backpack on iTunes or Bandcamp.