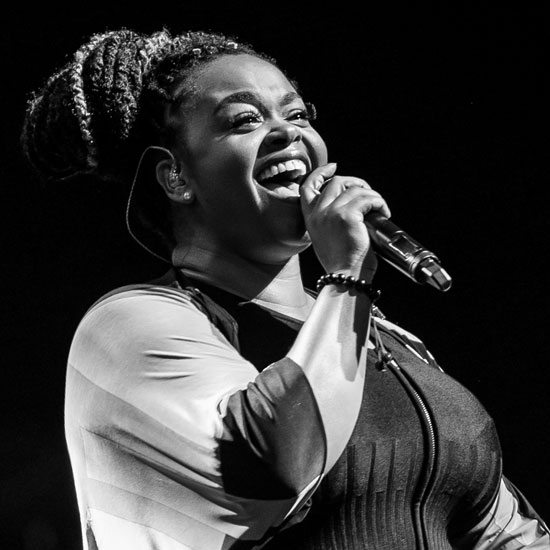 Nobody, and we mean nobody, puts on a live show quite like the talented Miss Jill Scott. Since the release of her 2011 album Light of the Sun and its subsequent supporting tour, we've only been able to get Jilly from Philly's live experiences in bits and pieces, and mostly only when she's gracing the stage on television. Now that the songstress is almost done cooking up her latest musical masterpiece, she'll be taking to the stage this summer to once again share her amazing gift with her fans.

Kicking off on July 13th in Pittsburgh, the tour will see her hit 25 cities in total, with stops in New York City, Atlanta, Houston, Dallas and Los Angeles all lined up before she makes her final stop of the tour in Phoenix. Having already released two singles, "You Don't Know" and recent mid-tempo number "Fools Gold," this tour announcement only solidifies what we suspect -- that Jill's new album is coming sooner than later. Of course, we here at SBHQ will be on the lookout for more info about Jill's new album, including any word on a release date, so check back here for updates.

In the meantime, tickets for the tour will go on sale May 15th. For more info about dates, cities and venues, refer to the flyer below. As well,  be sure to check out Jill's official website for more info about the upcoming tour. 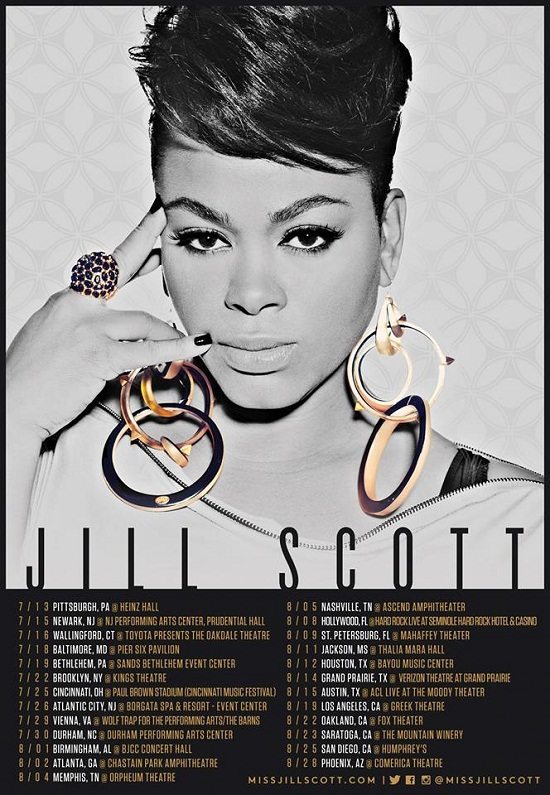 TAGS:  jill scott
Previous: Bounce-Worthy: Samm Henshaw Next: We Keep ‘Fallin” For Kimberly Nichole As She Gets Down & ‘Dirty’ On ‘The Voice’