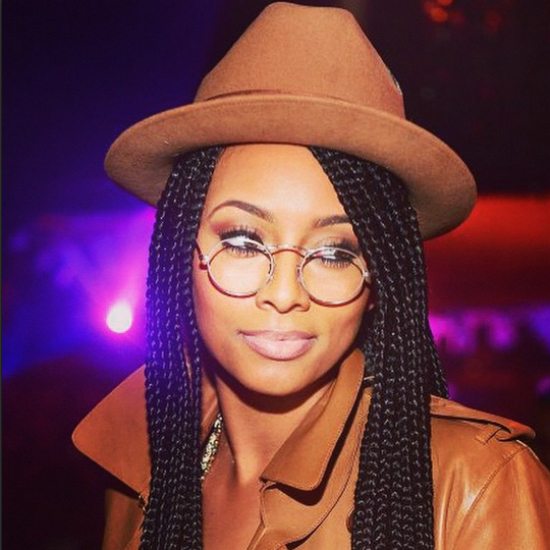 Keri Hilson hasn’t been in the spotlight much lately. Besides being seen with her current boo Serge Ibaka, the “Pretty Girl Rock” singer has been pretty quiet since her 2010 album, No Boys Allowed. While many say it’s because the Beygency has made her enemy #1, it's more likely that Miss Keri Baby has been working hard in the lab trying to craft just the right sound for her triumphant return. To that end, she’s enlisted the help of Lil Wayne’s nemesis Young Thug for her new song, “Keep It 100.”

Over a beat that sounds similar to the classic trap song “U-Way (How We Do It)” by fellow ATLiens The Youngbloodz, Keri spits hot fire about an ex who doesn’t know who he’s playing with: “I was cool all by lonesome until you came along / You convinced me to be loyal while you go do what you want / If I did the same to you / Oh you would tell me that I’m wrong / I ain’t gon’ lie I would respect you if you knew to / Keep it 100 with me.” Young Thug contributes a few ad-libs before delivering his patented Boomhauer from King of The Hill-style mumbles. If you can decipher what the man is saying, he does offer a few slightly clever lines such as, “Keri think I’m Ben Franklin because I’m 100.”

“Keep It 100,” sounds like the long lost remix to Ciara’s "I Bet," but without any of the depth and sincerity. There are a few sparks of the Miss Keri Baby some of us fondly remember. However, this track really isn’t a triumphant return as much as a reminder that “Hey! I’m still here...somewhere” With rumors that Keri is in the studio with Timbaland and Kanye, we hope there is something a little more becoming of the talented artist coming down the pipeline soon. Cause this ain't it.