Mad Satta Gets Loose On ‘Break Me Free’ 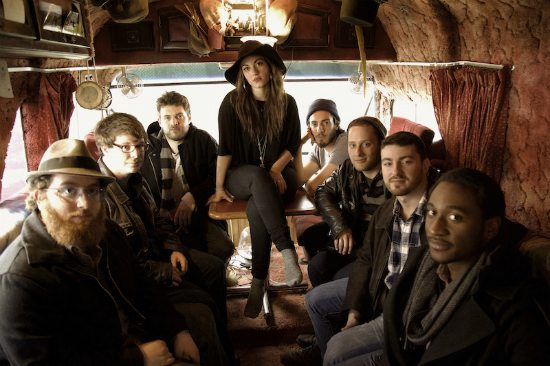 It's a rare occasion that we get caught sleeping, but there's nothing like a deafening buzz and damn good music to nudge us from our collective slumber here at SoulBounce. Actually, the group Mad Satta have awakened us with more of a shake, rattle and (body) roll with their new song "Break Me Free," and we are listening.

Trust us, you'll want to press play with the quickness to hear this eight-piece New York City collective led by frontwoman Joanna Teters funk you up on "Break Me Free." The track is laden with funk courtesy of band members Ben Carr on bass, Ted Morcaldi on guitar, Kevin Theodore on keys, Zane West on drums and a horn section featuring Jason Fitch, Collin Wade and Eric Zeiser. The fellas keep the groove firmly in the pocket, and Joanna's soulful alto is the cherry on top as she sings about a new love interest that has her wide open and feeling all kinds of sensations.

Mad Satta describe themselves as future soul, but "Break Me Free" takes us on a first class retro ride to the '80s when music and bands that sounded like this were the rule and not the exception. This song would have fit perfectly on Soul Train circa 1982. "Break Me Free" is the first listen from the band's upcoming EP of the same name, which is scheduled for a June release. This follows their beloved debut album, Comfort, that just dropped this past October and is worth many a repeat listen.

If you're already hip to Mad Satta, then gold star for you. If you need to get hip, then here's a crash course with "Break Me Free" and the music videos for "Reach Out" and their amazing remake of Curtis Mayfield's "The Makings of You" right here.

Fans new and old can catch the group on the road on the Mad Satta Spring Tour right now with a string of tour dates that will take them up and down the East Coast, including to the Atlanta Jazz Festival on Friday, May 22nd. For all concert dates, check out their website. Keep up with all things Mad Satta on Facebook, Twitter, Instagram and SoundCloud.