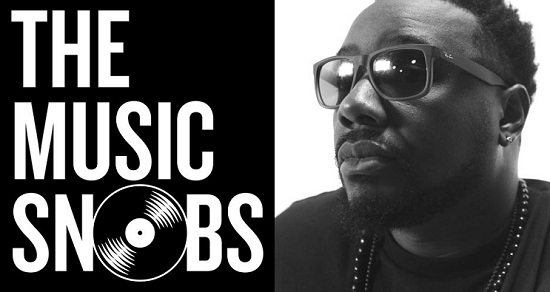 Our friend and brother in soul Phonte has made another trip to The Music Snobs podcast to drop some knowledge about music culture with plenty of humor mixed in. After discussing The Misunderstanding of Lauryn Hill on his last guest appearance, he rejoins the usual cast of characters, Scoop Jackson, Isaac Perry, Jehan B and Arthur Turnbull, in a lively discussion about the original R&B bad boy band Jodeci along with the greatest one-hit wonders.

Between interesting tidbits of music history and funny anecdotes, the fellas make a few insights into what made Jodeci so legendary and impactful. They also, as Phontigallo puts it, have a Terminator moment where they discuss what would happen if Jodeci were tutored by Jimmy Jam and Terry Lewis instead of Puffy. Other ridiculous yet insightful hi-jinks include the suggestion that Smoke-E-Digglera of Playa record the Jodeci album instead of Jodeci, that Al B. Sure! likes to creep up on his b***hes and the suggestion of what could truly be the greatest one-hit wonder of all time. Check out the podcast episode below, and listen to some of their past musical debates on SoundCloud.