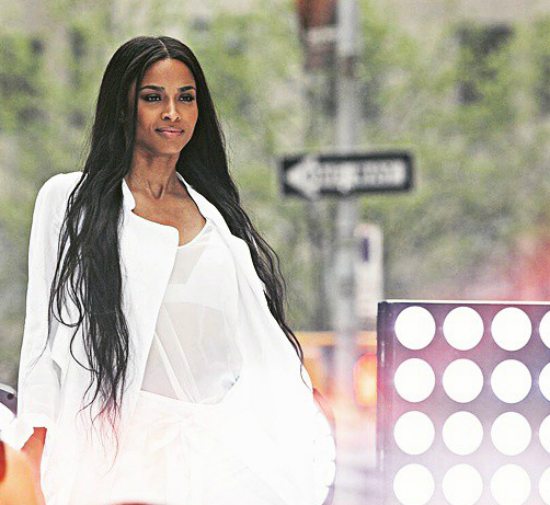 Today is a big day for singer/twerker Ciara. Her sixth album, Jackie is in stores now, officially marking her return to her fans and the start of a new era in the “Goodies” singer’s career. In honor of the special occasion, Ms. Harris stopped by NBC's TODAY to celebrate "CiCi de Mayo" and perform the remix to her latest single, “I Bet.”

Flaweless as usual, Ciara gave an amazing performance, flanked by a group of dancers dressed in all white. Though Ciara didn’t do much dancing herself, it didn’t stop her from commanding the stage or make her any less entertaining. Instead, the singer chose to focus on showing off her much-improved vocals, proving that having a baby isn’t the only thing she’s done between projects. While it would have been nice to hear something new from the album that just dropped instead a remix to the single we’ve been listening to for the last six months, (and the fact that we miss the Ciara that used to drop it like it was hot on top of a box Chevy) we can’t deny that Ciara knows how to rock a stage.