Anthony Hamilton & Gary Clark Jr. Pay Tribute To Those Who Have ‘Gone’ On At BET Awards ’15 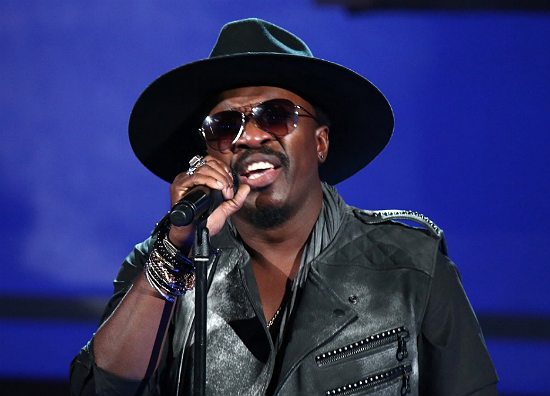 The In Memoriam segment of the BET Awards is usually a tearjerker, but this year's edition was especially moving. That's only one word to describe the combination of Anthony Hamilton and Gary Clark Jr. who came together to perform while photos of deceased music celebrities flashed larger than life on screens behind them. Hamilton and Clark brought some much needed soul and blues to the BET Awards '15 stage as they sang songs by three of those who we've lost in the past year.

Anthony kicked things off with a soul-stirring rendition of Percy Sledge's "When A Man Loves A Woman" while Gary played guitar. Clark wasn't there to just provide a musical accompaniment to AHam, however. When it was time to pay tribute to Ben E. King, he sang "Stand By Me" and he clocked in an adequate vocal but his voice was admittedly a little shaky. Hamilton, on the other hand, sounded superb from beginning to end, and he was tasked with bringing things home and taking folks to church by singing B.B. King's "The Thrill Is Gone."

The montage of photographs unfortunately left some people out (which is always the case, but it doesn't excuse the omissions), but it did included portraits of the Charleston 9 -- Sharonda Coleman-Singleton, Cynthia Hurd, Tywanza Sanders, Myra Thompson, Ethel Lee Lance, Reverend Daniel L. Simmons, Reverend Depayne Middleton-Doctor, Susie Jackson and Reverend Clementa Pinckney -- to end the tribute on a painful note.