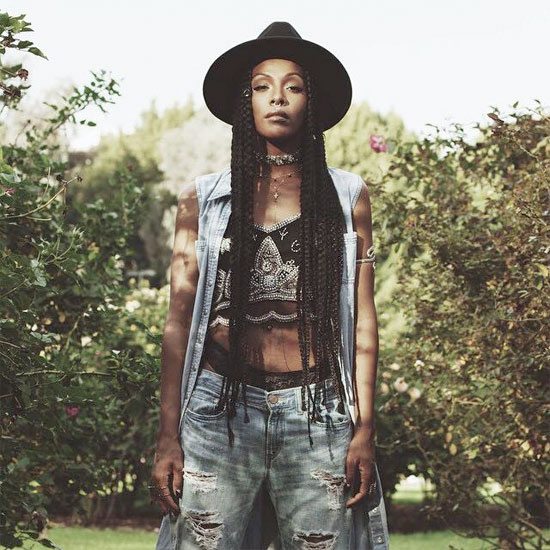 Dawn Richard is re-inventing herself yet again. She has already solidified her position as one of the hardest working women in the music industry, after shaking off the Danity Kane drama and managing to slide out of the hands of Diddy unscathed, and has continued to pour out an abundance of quality new wave material. This time around she is dropping her last name to go by D∆WN and bringing forth some heat as she teams up with Adult Swim for their Adult Swim Singles Program.

Adult Swim’s 19-week series of single releases is set up to bring forth new music from the likes of Sia, Run The Jewels, Flying Lotus and more, but they’re starting off this extravaganza with a new song from D∆WN entitled “Running From Sane.” It seems like the further into her solo career she goes, the further she digs into alternative sounds, and it’s certainly magical and magnificent to see and hear. “Running From Sane” starts off as a powerful and intriguing instrumental shell, and it continues that way for almost two whole minutes. D∆WN barges in mid-song and adds her stacks of vocals to the beat and calls for listeners to immediately put their hands in the air and get into the vibe of the song, as she runs as fast as she can.

Head over to Adult Swim’s website to grab your free copy of D∆WN’s “Running From Sane,” and to check out the schedule for the forthcoming releases in the series. Keep your ears open for more from D∆WN as she is scheduled to release the trilogy-ending album Redempthionheart before summer's end.