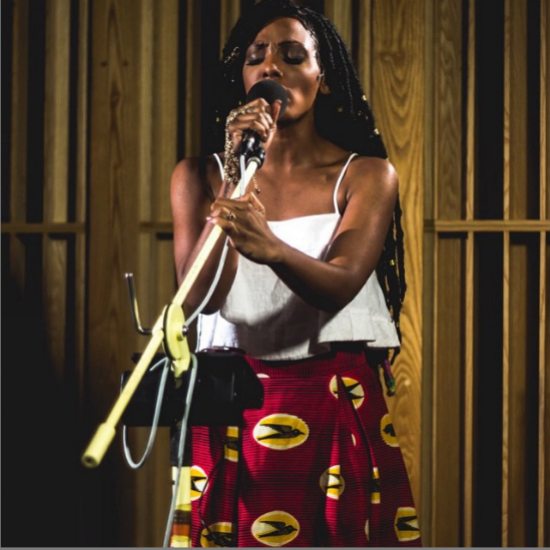 Another day, another cover of The Weeknd’s “Earned It.” We’ve heard everyone from Trey Songz to Rob Taylor to emerging teen sensation Jacob Latimore try to recreate the magic of the unexpected hit. And don’t get us started on all the people who’ve covered it on YouTube. At this point, very few artists could do a version of this song and earn our interest. Except someone like alternative R&B diva, D∆WN. Teaming up with British rapper Bonkaz, D∆WN recently performed her own version of the hit song for BBC Radio 1Xtra’s Targé Menagé Live.

Accompanied only by electric keyboard, D∆WN puts a unique spin on the song that has been covered in 50 shades of indifference at this point. It is a lighter, more breathy pop version of the track that eschews some of the angst steeped into the original version and many other covers of the song. And that’s not a bad thing. Lyrics such as “I’m so used to being used,” sound less downtrodden and more hopeful.  While the rap by Bonkaz doesn’t add much to the festivities at first, his second verse is much better and more cohesive with the overall vibe of the song. Even if his brand of hip hop isn’t your thing, his contributions don’t distract from D∆WN’s vocal delivery and charm.

In addition to her cover of "Earned It," D∆WN also found some time to cover one of her own songs, "Titans." Her video for the song had the Internet going nuts. For those us who may have been caught up in the dance moves and the beat instead of the lyrics, her performance and the simple accompaniment allows you to focus on the magic of the lyrics this time around.


TAGS:  bonkaz, DAWN, Dawn Richard, The Weeknd
Previous: Avant Has Something ‘Special’ Just For You Next: Let Jesse Boykins III Take You ‘There’ With Three New Songs