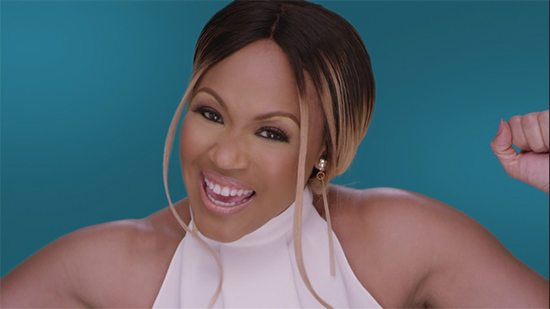 When Erica Campbell’s remix album Help 2.0 dropped earlier this year her "trap gospel" anthem “I Luh God” had the Internet buzzing and it quickly became a viral hit. Whether you loved it or hated it, the song kept social media users talking, creating memes and dubsmash videos for weeks. Well, Mrs. Campbell is taking this party to another level and has released a colorful video for the song, and it looks like she had a lot of fun making it.

This brand new video finds Erica pairing the hard-hitting beat with vibrant colors and bringing along a few talented friends to the party. Along with famed songwriter and featured guest on the song LaShawn “Big Shiz” Daniels, Campbell allows her sister and Mary Mary bandmate Tina Campbell, her sister-in-law JoiStarr and rising crooner Major the chance to bop with her as she sings about her love for the most high. While she’s having fun with her girls, switching up her hair and playful eyewear, and getting her dance on, at the end of the day Campbell makes it known that “none of this means nothing if He comes and I miss it.” Get into this video and then head over to iTunes to see what else Erica Campbell has to offer on her second solo offering Help 2.0.