Get Caught Up In Christian Rich & JMSN’s ‘Fast Life’ 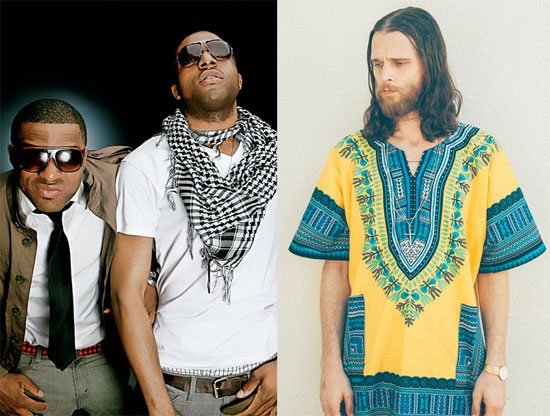 Even if you've never heard their name before, you've definitely heard their music. Christian Rich, a Chicago-born, Los Angeles-based production/DJ duo of twin brothers Taiwo Hassan and Kehinde Hassan, has worked with a slew of artists including Drake, Chris Brown, Pharrell Williams, Earl Sweatshirt, Lupe Fiasco, Diddy and Lil Kim. Childish Gambino utilized them for his latest EP Kauai, and they produced two cuts on Vince Staples major label debut, Summertime '06. Now the Hassan brothers have turned the focus to their own music as they prep for the release of their album FW14 in August.

Christian Rich are giving folks a taste of the collection on the song "Fast Life," and their production is as dope as ever. The track itself is interesting to say the least, starting out with '90s slow jam R&B vibes before strings and cool synth sounds drop in that will grab your attention and make you want to listen. Singer/songwriter/multi-instrumentalist/throwback video king JMSN lends his vocals and pen to the track. In a style reminiscent of pre-fame Miguel circa 2001, he asks his girl to tell him what she wants then he gives the feeling that she is fighting her feelings for him and that she needs to learn to be happy. He never really explains what the "Fast Life" has to do with it all, but by the time you realize that the lyrics don't make sense you are already at the end where there's this ultra cool vamp with African drums and different percussion, strings and handclaps. Once you get to grooving, you'll easily forget about the mediocre singing/songwriting.

Despite some minor misgivings about JMSN's contribution, we are feeling what Christian Rich has done with their production and are definitely looking forward to August 21st when FW14 is scheduled to drop.