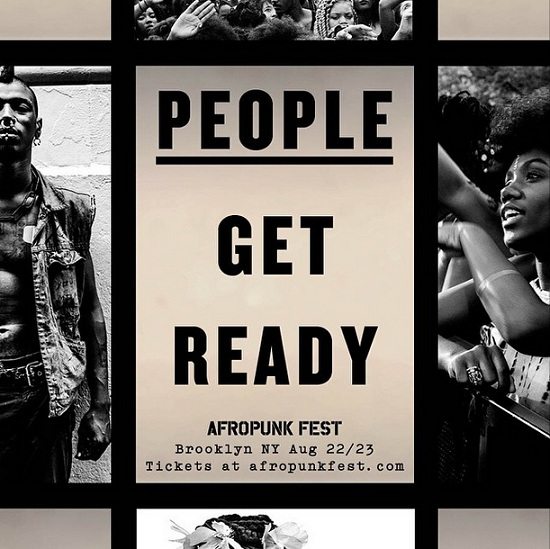 Summer festival season is officially upon us. While there are many, and we do mean many, festivals to choose from, there are some that manage to deliver that star power year after year. The AFROPUNK Fest is one of them. Last year, the event brought names like SZA, The Internet, Meshell Ndegeocello and a pre-Black Messiah D'Angelo to the stage in Brooklyn for two unforgettable days chock full of music. Since then, the festival has gone global, touching down in cities like Atlanta, Chicago and Paris to baptize them with their musical message. But no matter where the festival goes, New York City will always be home and this year looks to be a big one full of stars.

To that effect, the event's organizers have nabbed a who's who of acts to headline the festival this August. Grace Jones, Lenny Kravitz, Lauryn Hill, Kelis and Danny Brown are the big guns of this year's two-day set, taking place August 22nd and 23rd. And while those names are huge in and of themselves, the guest list goes even further and includes Lion Babe, Thundercat, Raury, Kaytranada and the talented Soulection crew. In other words, this year's festival is going to be one for the history books. In addition to the festival, the organizers will be throwing the first-ever AFROPUNK Fancy Dress Ball, proceeds from which will go toward the organization's global initiative, which they describe as "an alliance dedicated to moving the needle of progress closer to a holistic, democratic and enlightened representation of people of color within all facets of society with the goal to create unique programming that encourages diversity in media." That event will also be headlined Grace Jones, with other guests soon to be announced.