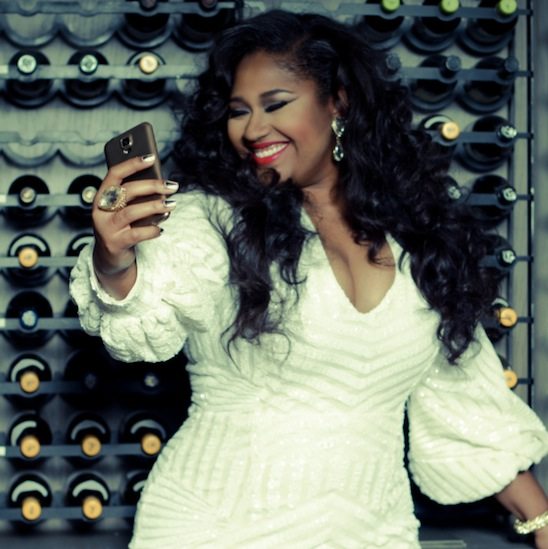 SB: I definitely think it is! You served as executive producer and songwriter on Reality Show, can you tell us a little about how a song comes together for you?

JS: It’s different. It just depends on the vibe that day. Sometimes, I’ll come in with an idea. I'll have an idea starting at home with lyrics and the melody, and I’ll come in and take it to a producer and we’ll build from there. Sometimes, I come up with chords or whatever. I don’t play a lot, I play a little bit, but I’ll come up with the song really, and build with the producer. Sometimes I’ll hear a track. It just depends on the day.

SB: So how do you go about choosing a particular producer to work with on a particular track? For example, Salaam Remi, who you’ve worked with a lot. How do you make the choice of "oh, that song's good for Salaam to work on"?

JS: I was introduced to Salaam really by the label and sometimes I’ll be introduced to a producer and sometimes it’ll work out, sometimes it won’t. But with Salaam we kind of just, we work well together. We understand each other, we give each other what we need to make the music work. With this album, though, it was kind of different because I was getting a lot of tracks, and I didn’t know who the producer was for that song on the CD. I would listen and I would pick out what I like. It just so happened that I was picking a lot by one particular producer named Key Wane. So, we kind of had this connection without even knowing each other. For me, it’s just about the music and how we vibe, so that’s all I care about really.

SB: I know it’s like being asked to pick a favorite child, but what’s your favorite track on Reality Show?

JS: Yeah, it is kind of! Just because it changes depending on what I need that day. Sometimes if I’m not feeling so great about myself, sometimes I need to hear “Masterpiece” and that’ll be my favorite, because that’s what I need and that’s what I’m feeling like. Sometimes, maybe I’m feeling a little slick, and “Mascara” is the song that sticks out for me that day. But it just depends on my mood.