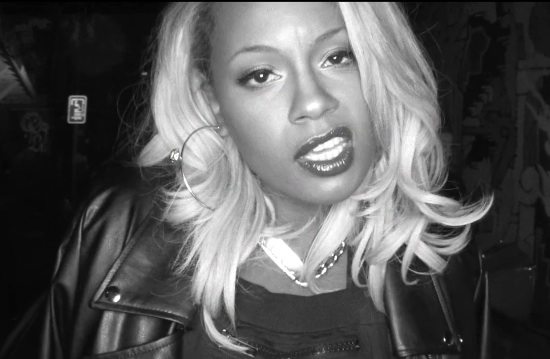 Treasure Davis may be out for a ride with her boo, but unfortunately their relationship is going nowhere in the music video for the song "Heart Flavored Sucker." Once they come to a stop, it's clear that these two aren't on the same page between her snarl and his exasperated looks. As the lyrics play out, it's evident that Davis has gotten wise to the fact that who she thought was her man wasn't really her man at all. In the role of Bae In Her Head is Davis' duet partner Luke Christopher who tells his side of the story via song and rap, and it's not what she's trying to hear. She's disgusted, he's busted and it's ultimately a wrap.

The last frame of the video is a black screen with a quote from Davis: "I Know What I Heard...Lying Ass Men!" Clearly this song was borne from a real-life situationship, and this message was for the joker who played with her emotions. Now that Treasure Davis' debut EP, Heart Flavored Summer, is in stores and she's enjoying a nice buzz and the sweet taste of success, she was definitely that dude's loss.

Treasure Davis Is Torn Between Two Lovers In ‘The One’

Treasure Davis Is Wondering If You Might Be ‘The One’

Luke Christopher Is Trying To Win Over ‘Ms. Holy Water’

Treasure Davis & Kid Ink’s ‘Simple’ Might Be A Little Complicated