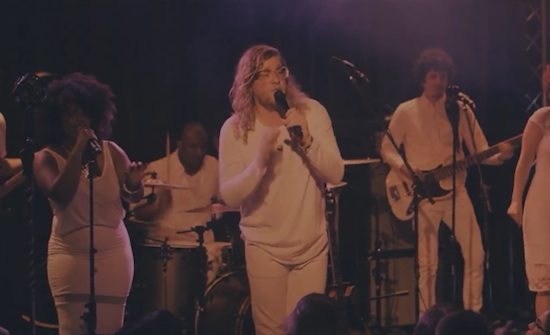 Allen Stone is a thrill to listen to on wax, as exemplified by his latest offering, Radius. But if you really want to get to feel the singer's power, you have got to see him do his thing live. If you have yet to have the pleasure, then take "Freedom," the latest video to be lifted from Radius, as an example.

Filmed to capture to the essence of the song from the time it was recorded until it's experienced on stage, the clip is an experience in and of itself. We first see the Seattle-born singer laying down the track in the studio for a brief amount of time. We are then quickly taken from there to the stage, with performances of the song from Allen and his band at Seattle hot spots  Nectar Lounge,  The Crocodile, Neumos and The Paramount. As we see the song's evolution, we also see the journey of one of Allen's fans as she goes from putting the record on at home to listening to it in traffic and then, finally, getting to see Allen do his thing live. After taking a peek at this video, you'll probably want to follow in her footsteps.

Check out the video right here and be sure to pick up Radius, which is in stores now.