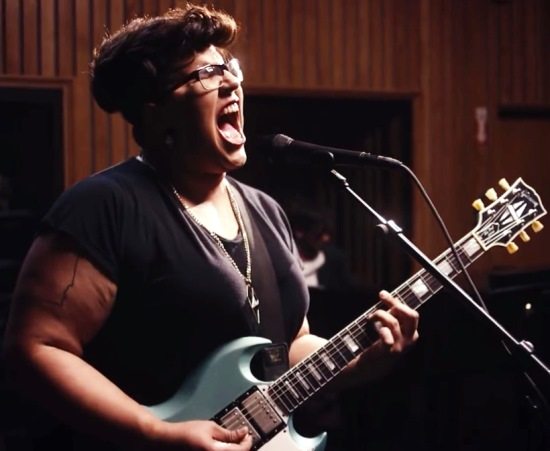 We're not even two weeks into June, and Alabama Shakes are already having the Best. Month. Ever. Just as the sun set on the first day of the month, the group performed at Prince's revered Paisley Park studio where they were eventually joined on stage by the man himself. Like...how do you even top that? Well, staying on your grind and continuing to give the people what they want is certainly a step in the right direction. Steadily promoting their sophomore release, Sound & Color, the group has spent the past few days wowing audiences during their tour and recently rendered Jimmy Fallon speechless during an appearance on The Tonight Show.

Much to our delight, they recently premiered a new video for lead single, "Don't Wanna Fight." Filmed back in April at Capitol Records Studio A, the Danny Clinch-directed visuals are the first in a series of four live videos captured during the acoustic session. Flexing her musical muscles, singer/guitarist Brittany Howard sets the tone with an engaging guitar loop and her signature wail. Band members Heath Fogg, Zac Cockrell, Steve Johnson and Ben Tanner are in top form, laying an instrumental foundation to support Brittany's fiery vocals and bluesy guitar riffs. The singer gives us her all, and even with a vocal assist by three background singers, she is pretty much spent by the end of this knockout performance. It's unanimous...this round definitely goes to Ms. Howard.

Watch the acoustic piece below, then scroll down for a heartwrenching performance of "Over My Head" on The Tonight Show Starring Jimmy Fallon. Alabama Shakes will take their tour across the pond for a few weeks after playing Bonnaroo Music & Arts Festival in Tennessee this weekend. Starting on June 11th, the four-day event will be live-streamed on RedBull TV where you can catch Alabama Shakes and other alternative faves like Unlocking The Truth, Gary Clark, Jr., SZA and Rhiannon Giddens not to mention D'Angelo and The Vanguard, Kendrick Lamar, Earth, Wind, & Fire, Gabriel Garzón-Montano and many more. 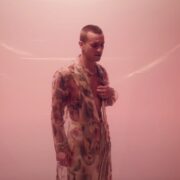