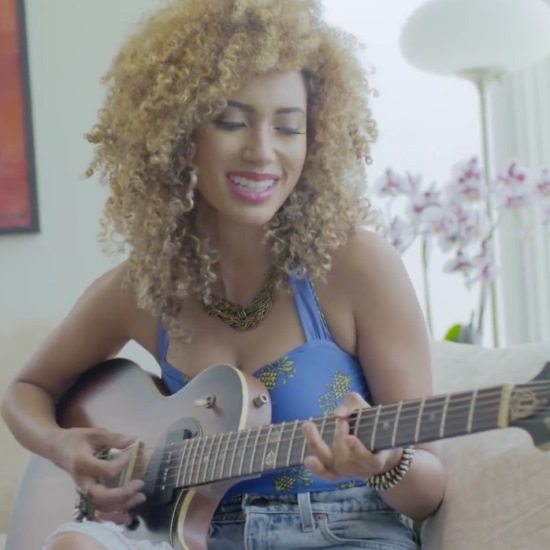 After spending a few magical years backing Prince as a member of New Power Generation, Andy Allo was ready to make a change. Last fall, she announced plans for her third project with a PledgeMusic campaign and the teaser track "Tongue Tied." Now that the Hello EP has been officially released, the Bounce-Worthy alum is treating fans to the visuals for the bubbly tune.

Andy tapped Chris James Creative to bring her concept life, and given the amorous nature of the song, it's not surprising to see that it centers on a happy couple. Like the song itself, the visuals effuse the same vanilla sugar cookie scent that makes it hard to distinguish one pop starlet from the next. But the genuine effervescence of Allo and her leading man (played by Landon Moss) save this treatment from being overly saccharine. In the end, you'll be hard pressed to keep yourself from smiling about this celebration of love.

In a recent interview with The Advocate, Allo reveals, “I’m multidimensional and always changing and growing.” I admit that I'm still on the fence about Allo's new musical direction, but her talent is undeniable and I can certainly respect her creative process. After watching the video below, scroll down to listen to the Hello EP and judge for yourself. If you like what you hear, head over to iTunes or Amazon to support this independent artist. ESSENCE Festival-goers can also catch her in the Now Playing Superlounge on Sunday, July 5th.