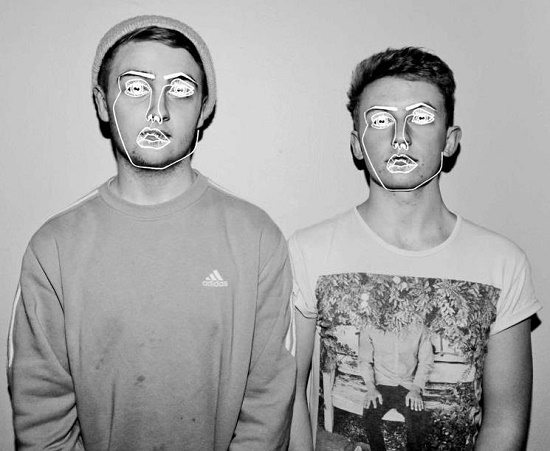 When one thinks of Disclosure, they usually think of pulse-pounding, hard-hitting dance music meant to move bodies and shake clubs. But, while that may be their forté, it's not the only mode that the Howard brothers can work in. Look no further than Settle's "Help Me Lose My Mind" if you need proof of this. If you were hoping that a similarly quiet moment would be featured on the duo's upcoming Caracal, you're in luck.

Listeners of yesterday's edition of BBC Radio 1's Annie Mac show were given a special treat with the premiere of new Disclosure track "Moving Mountains." Featuring American-born, London-based singer Brendan Reilly, the song is a slow burner sure to catch fire as soon as you hear it. Airy, atmospheric synths, percolating drums and Brendan's lush, delicately layered vocals create a serene vibe as he laments a relationship that has him plagued with insecurities. However, while the lyrics might be on the somber side, the production is so dreamy, you'll be hard pressed to feel sad. This is especially true when a staticky shot of adrenaline is injected near the track's end (this is a Disclosure record, after all) and the groove picks up a bit.

To get your first listen of "Moving Mountains," head here (it starts at the 1:29:40 mark). Caracal, which will also feature appearances from Kwabs, Gregory Porter and Lion Babe, is set to wreck shops on September 25th.