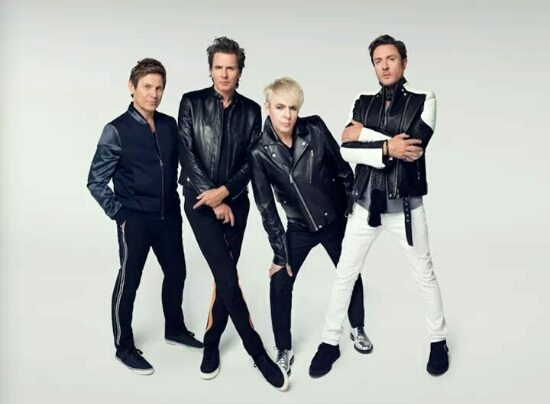 Legendary ’80s band Duran Duran are set to release their 14th studio album, Paper Gods, and they've enlisted the help of the perfect heavy hitters to get our attention. Combining our electric lady Janelle Monáe's perfect vocals, along with the production skills of disco god and guitarist Nile Rodgers and DJ/producer Mark Ronson, Duran Duran have the right idea with the up-tempo track "Pressure Off." Urging you to "step out into the future" and "take the pressure off," the single will have you dancing to the moving synth and funky bass. Duran Duran hold things down as they sing each verse, but Janelle blows us away as she shows off her vocals on the stripped chorus.

We're beyond impressed with their first offering in five years, and they've put together some interesting collaborations for their upcoming album. Set for release September 11th (September 18th in the U.S.), we hear John Frusciante, Kiesza and Lindsay Lohan will lend their musical talents. No idea what Lohan is singing, but at least we have the lead disco-funk single to keep us busy until the album's release.  You can pre-order Paper Gods on iTunes, and you'll instantly get "Pressure Off" to set you up for the rest of the album. Listen to the funky single below, and let us know if it puts the pressure on you to dance.