Durand Bernarr Lights Up Rihanna’s ‘Joint’ With An Intoxicating Cover 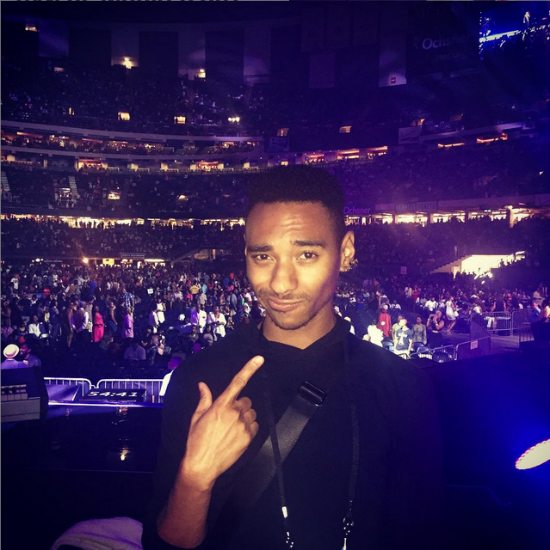 When Rihanna dropped “James Joint,” her ode to love and other drugs, on 4/20 (National Marijuana Day for all you D.A.R.E. kids out there), we were absolutely dumbfounded by James Fauntleroy's smooth production and Ms. Fenty's much-improved vocals. It’s no surprise that someone else was feeling the track and decided to cover the alluring interlude. Cleveland-native and resident cool kid Durand Bernarr has shared his own version of the song, which is just as intoxicating as the original.

Durand Bernarr’s take is pretty much a straight-up cover, but the background singer for Erykah Badu’s band, Neda Stella, doesn’t settle for mimicking Rihanna’s voice. Durand has a field day over the familiar melody, adding vocal flourishes and lush harmonies that let you know this is more than just a really good karaoke version. These are the same vocals that impressed us when the artist gave us his version of Pharrell’s "Happy" and on his Anxiety EP. Just like the original, Durand Bernarr’s cover of “James Joint” is short and sweet — a little too short. As soon as the seductive vocals and soothing production start, it’s all over. However, when something is as fire as this track, we have no problems putting it on repeat.