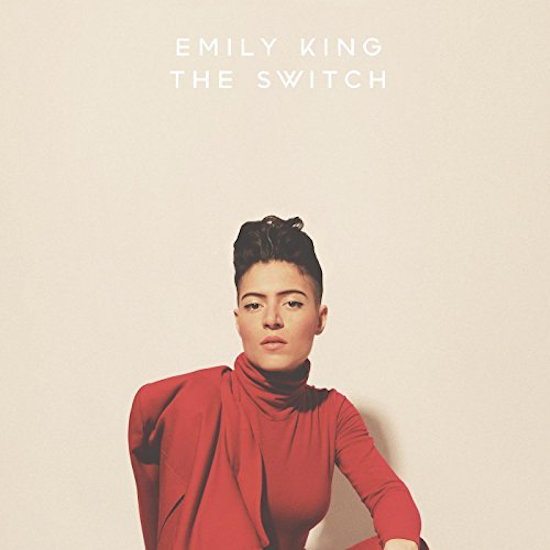 Emily King’s GRAMMY-nominated debut album, East Side Story, seems such a long time ago. It was, in fact, 2007 when she hit those early heights, so why the long wait for The Switch, her sophomore, album? It's a familiar tale of a record label’s expectations at odds with her own, which slammed the breaks on the big-time and left those intrigued by her to survive on scraps. A guest spot with Taylor McFerrin here, an EP there, was all the music we had. Until now.

No matter how long we have waited, though, The Switch is a delight. It is a keenly constructed and beautifully delivered collection, with enough soul-pop quality to reach the masses, if she plays her cards right and, more to the point, if she wants it. Throughout, her voice is in fine fettle -- whispering, cooing, rising and falling to create backing vocals and harmonies that radiate warmth and immediacy. The songwriting displays a lightness of touch and, at just 36 minutes long, it is a tightly focused affair.

Album opener “Good Friend” is an upbeat, feel-good pop song that sets the trajectory for what follows. Sprinkles of angelic backing vocals, a prominent guitar line and King’s winningly common sense lyrics combine to make a peach of a song. The dramatic lift of “The Animals” leaves its imprint on the album, as gentle tunes regularly lift off to reach crescendo, adding an extra dimension to the compositions on offer here. When she does veer from the more pop end of the soul spectrum, she heads for an impish, bumping funk such as that on “Sleepwalker” and title track “The Switch.” Both of these elicit a gentle two-step, and while there’s not enough funk here to raise a sweat, that would be out of character for an album that floats by on a bed of smooth vocals and smoother production.

“Already There” boasts gently strumming guitar, a delicate electro bridge section and some decidedly cherubic vocals, all of which combine to leave a lasting impression. Those same vocal treasures are highlighted on the teasingly short “Aya,” a simply beautiful 80 seconds of vocal harmonies. “Distance” qualifies as a sweet soul ballad with its tale of long-distance love, and “Out of the Clouds” gently waltzes betwixt and between flourishes of strings and restrained electric guitars.

The highlight of the album is the ebb and flow of “Off Center." A lilting acoustic opening gives way to a tidal surge of warmth that swells and subsides, as if under the spell of her impeccable voice. “Believer” finds her return to a shuffling funk with its skittish, bubbly bass and a Prince-like vibe. Album closer “For Them” leaves you in no doubt as to the burgeoning appeal of Emily's talents. This a delicious melange of vocals, underpinning a deceptively simple melody to enormous effect.

The Switch is a wonderfully produced and arranged album of undeniably quality that puts Emily King’s delightful voice front and center. Nothing here overstays its welcome, and this precision is evident not just in the duration of the collection but also in the quality of the material. With its blend of soul and pop sounds, The Switch is commercial enough to appeal to a large potential audience, but not at the expense of King's artistic integrity.