Janet Jackson & J. Cole Get Together To Get ‘No Sleeep’ 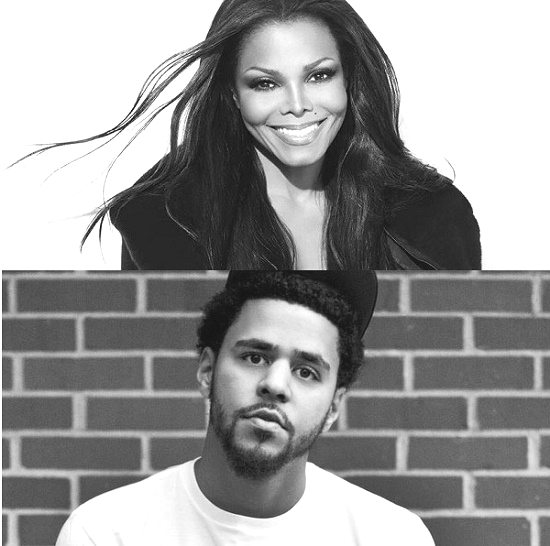 While Janet Jackson has been hard at work on her upcoming album and tour, she's been extremely tight-lipped about it all. In fact, it wasn't until last month's unveiling of her single "No Sleeep" that we got our first taste of what the album might sound like. As the start of her tour nears, however, the reclusive singer is slowly but surely letting a few things out into the universe, including the new remix (or, as Jimmy Jam makes clear, official album version) of "No Sleeep" featuring rapper J. Cole.

The plush, luxurious production stays the same on the remix, as do most of Janet's sultry vocals. What is added, however, is a bit of hip hop edge courtesy of Mr. Cole. He's everywhere on the track, adding ad-libs at the track's opening and on each chorus asking for "just a little more" time from our girl. After the energetic bridge, Cole's verse kicks in as he spits rhymes comparing Janet's love to cooked food and even name drops her brother Michael as Janet interjects her own playful ad-libs. It's a pretty fun take on the song sure to get it played on radio a lot more. Still, while Cole's inclusion here works, it doesn't feel as organic and seamless as the originally released version.

While Jan's collaboration with Cole World seems a bit out of the blue, it does explain a few things (like why her recent girls night out with her dancers was at an Los Angeles stop on Cole's tour). It also jibes with the calculated nature of Janet's comeback. While "No Sleeep" hasn't been the chart burner that some would've hoped for, J. Cole's inclusion could help the single move units and sell even more tickets to her Unbreakable Tour. And since she was captured on the set of what could be the "No Sleeep" video with famed video director Dave Meyers, it looks like things are rolling along just as she expected. Take a listen to a radio rip of the new version of "No Sleeep" below (and get a peek at the video here) as you get ready for her new album, set to arrive in stores in late September.