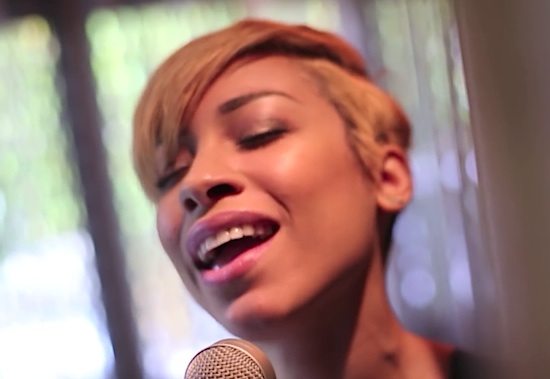 It’s always interesting when great vocalists decide to cover pop songs a little out of their comfort zone. It’s either for humor, nostalgia or, as in the case of Aretha Franklin covering Mariah Carey’s “Touch My Body,” pure shock. The latest song everyone wants a piece of is Rihanna’s “B***h Better Have My Money.” After hearing Kelly Clarkson’s Radio Disney-esque version a few weeks back, we now have GRAMMY-nominated singer/songwriter Karina Pasian delivering a piano-laden version of the song.

It would be easy to do a humorous take on the song against a classical music backdrop. However, Karina ain't playing with y'all. She is serious about her cash and her craft. The 23-year-old musical prodigy performs a straight up, real-deal cover with clever runs, creative vocal arrangement, lush harmonies and skillful piano accompaniment that plays to her strength and classical training. Where Kelly Clarkson’s version was cute in a meek sort of way, Karina’s delivers her take as a grown-ass woman who has no time for games.

Karina’s version of “BBHMM” is a bold spin on a trap-pop song that will lull you into thinking the basic lyrics were sweet poetry. While we really weren’t looking forward to anyone else attempting to cover the high-energy track, Karina has definitely changed our minds. We can’t wait to see who else steps up to the plate next.