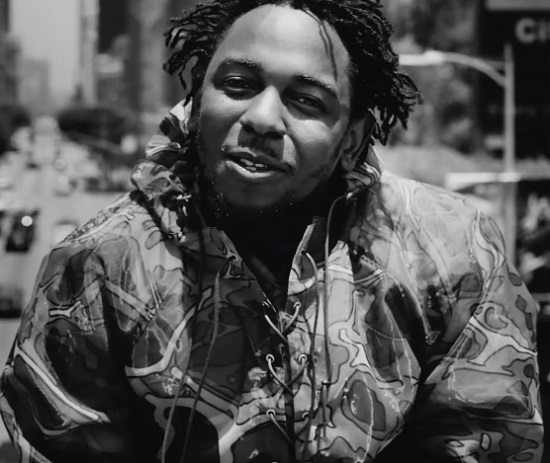 Your boy Kendrick Lamar has been on a roll this year. Since the release of his critically acclaimed instant classic To Pimp A Butterfly, he's released a hood-representing video for audacious funk jam "King Kunta," performed at a few festivals and blown the lid off the BET Awards with his opening performance of "Alright." Just a couple days later, he's given us the arresting visuals for the song's official video.

Visuals actually don't do it justice, as the clip for "Alright" is actually a seven-minute short film cycling through moments throughout TPAB interspersed with scenes of riots, celebrations, arrests and the sometimes bleak, sometimes joyous reality of being young and black in America (he even tosses in a never-before-heard snippet of a new song). But, when it comes to the main portion of the clip, "Alright" is front and center as Kendrick floats above his native L.A. and is captured by breathtaking black-and-white cinematography. While the clip expertly captures the celebration of the song, it also shows the uncomfortable balance between blacks and police, with cops carrying Kendrick and his TDE brethren in a car in one scene and then a cop shooting Kendrick down as he soars to new heights at the clip's end. It's a boldly political statement if nothing else.

Check out the short film here, and be sure to pick up your copy of To Pimp A Butterfly to tune in to Kendrick's movement.