Miguel Continues To Define Himself & His Sound With ‘Wildheart’ 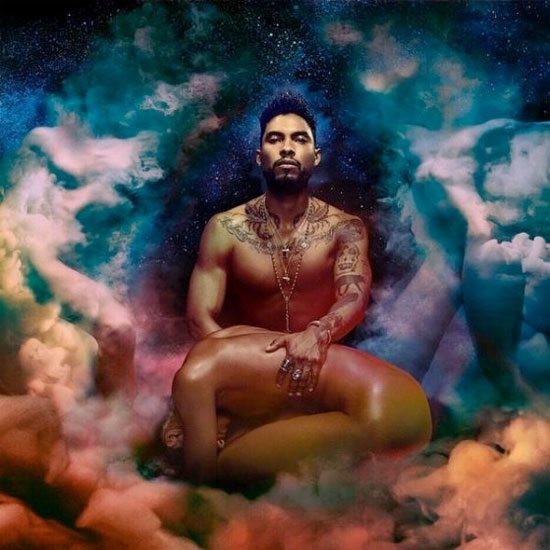 The Los Angeles metropolitan area is composed of a diverse range of people. More immigrants flock to the city than any other place in the United States. It is home to a countless number of races, ethnic groups, religions and languages. When you have so many difference groups in one place, you have to wonder how does everyone get along? Do they separate from each other or do they find common ground? Do they stick to their own kind or do embrace their neighbor? Do they destroy or do they create? Do they declare war or do they make love?

On Wildheart, Miguel picks the friendlier options, crafting an LP that embodies the essence of his city from his own personal experience, discussing issues of identity, politics, dreams, vices and, of course, plenty of sex. While each song is unique, these themes are expressed loud and clear throughout the album, woven into the instrumentation, arrangements and vocal delivery. It also serves as an overall metaphor for Miguel’s music journey, no longer at war with being a little bit funky or a little bit rock n’ roll, but finding the confidence to just be Miguel Pimentel.

The album starts oxymoronically with “a beautiful exit,” a track about pursuing your dreams, speeding through red lights and naysayers, riding until the wheels falls off or you take flight. From there we move onto “DEAL,” which covers the basics of a political transaction against a Parliament Funkadelic like soundtrack. There isn’t much to the song besides grungy, synthy funk and talking about money and b**ches, but it’s fun. Synth guitar riffs are pretty prevalent throughout the album, especially on the previously released “Hollywood Dreams.” A song about the hope and longing of trying to live in the spotlight, it’s pretty much ready-made for use in a commercial or as the theme to a movie.

Equally commercial, but no less rich and entertaining is the first single “coffee.” Thankfully, the album version is sans Wale’s guest rap or the f-word, making it a more sexual track that discusses not just the wildness of sex but the intimacy behind the passion. For a more base discussion one only needs to listen to “FLESH,” where Miguel gives his best impression of D’Angelo (by way of Prince) on “Untitled (How Does It Feel),” over a hypnotic bohemian track.

The album ends on the Lenny Kravitz-assisted, “face the sun.” While Miguel does play with the guitar throughout the album, he never quite gives you that classic rock sound. It’s more like rock n’ roll by way of Curtis Mayfield instead of Led Zeppelin. Kravitz makes up for it with masterful guitar solo on the album closer, which reveals a lot about Miguel and where he is with his music.

While Miguel has taken a more rock route with this album, he’s still an R&B artist and doesn't take too many chances. The album is a controlled experiment in sound where the artist is edging further and further to the dark side. That’s not to say the album is timid in its sonic approach. The sound is an atmospheric mix of soul, funk, grunge, and everything that was on pop radio in the '70s and '80s. Just don’t expect Miguel to sound like Fishbone or Keith Sweat.

Wildheart isn’t a concept album where Miguel is running free with his creative ambitions, but one where he’s still experimenting with his new found confidence. It’s just another pit stop on his journey towards greatness, but not the apex.