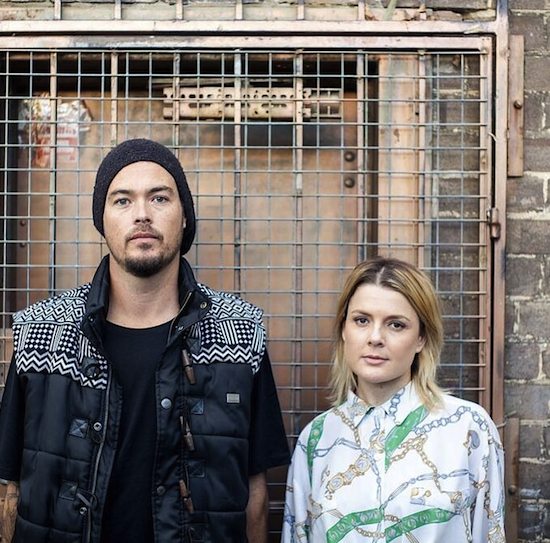 Yum Yum might be unfamiliar to SoulBounce readers, but this delicious duo will definitely become a favorite after this year. The Australian newcomers, who take influence from Delta blues, dub, soul and hip hop styles is made up of producer Jayo James and vocalist Natalie Slade. They've taken to 2015 with guns blazing and the bullets don't seem to stop flying from these two, with performances all around Sydney and a billing on the Soulfest Australia lineup in October alongside soul icons including Mary J. Blige and Charlie Wilson. Now they are exclusively premiering their EP, Spell, here at SoulBounce.

Spell is a five-track EP that shows the evolution of this duo from their debut EP, Slade Meets Jayo, which was released mere months after the duo met in early 2014. A mature, sophisticated release, Spell shows the many sides to this duo. From the dark and powerfully seductive title track to the reggae-tinged "Down" and the heartstring-pulling "Home," this EP puts listeners in a trance with Slade's soulful vocals over Jayo's production. A guest feature from Australian MC Hau on "Yesterday" lifts the affair before Spell closes with the joyful throwback soul of lead single "Do You Really?" featuring Brass Knuckle Band.

Get a taste of Yum Yum's soul delicacies below, and then head over to Bandcamp to grab your copy of Spell.