Teedra Moses & Anthony Hamilton Get Romantic For ‘That One’ Video 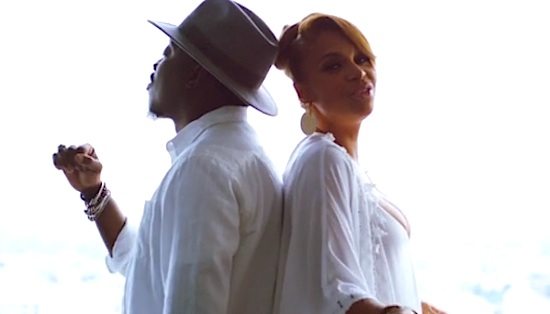 It's finally here! After releasing "That One," her romantic duet with Anthony Hamilton, and teasing us with behind-the-scenes footage and Instagram snaps, Teedra Moses finally reveals the video for the single — and it's everything we could've hoped.

We see a freshly blonde Teedra looking lovely in some designer duds as she sings the song's opening verse. Alternating between being draped in a flowy, silky, all-white number and a form-fitting black gown and matching fur stole, Ms. Moses is styling on you throughout the clip as she traipses through her romantic surroundings. Don't fret, though, as Anthony Hamilton holds his own with the singer, mirroring Teedra's color palette with coordinating ensembles. Of course, this being a song about finding true love, one wishes that Anthony and Teedra had a bit more chemistry on screen. The two come off more as friends having a fun time than they do lovers. That still doesn't detract from the overall romantic vibe of the clip, though, especially with visual cues like bouquets of flowers and strawberries dipped in whipped cream helping to set the mood.

Teedra's sophomore album, Cognac & Conversation, is set to drop on August 7th — which is just a little more than a week from now. While you prepare for the undoubtedly quality R&B that the set is sure to bring, check out he video for "That One" right here.