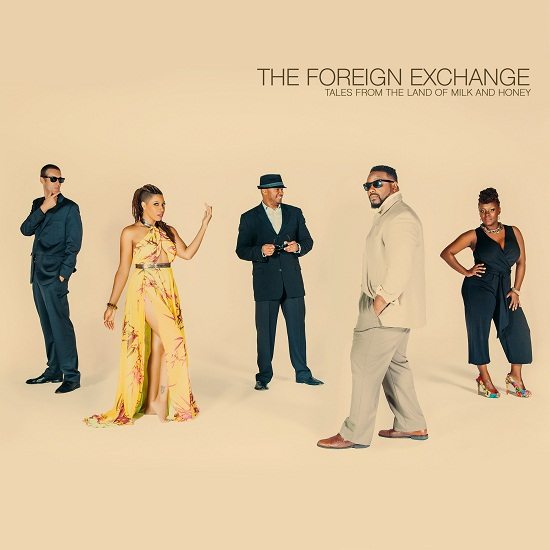 Are you still basking in the afterglow of The Foreign Exchange's last album, Love In Flying Colors? While we definitely don't want to shake you out of the two-year euphoria caused by that particular album, we have important news: +FE has new music coming soon! Just on the heels of collective member Nicolay releasing his City Lights Vol. 3: Soweto, the crew announces its fifth studio album, Tales From the Land of Milk and Honey.

With a title like that, one can only imagine the luxurious sounds that they'll bring. Unfortunately, we'll have to do just that, as no info about the album's tracklist was revealed. They did, however, release the album's effortlessly cool cover, which features +FE regulars Nicolay, Phonte, Carmen Rodgers, Zo! and newest family member Tamisha Waden decked out in their flyest attire as they strike a pose against a beige background. It's so fly we're almost willing to forgive them for leaving us hanging on the tracklist/single front. Almost.

Are you as ready as we are to get your next taste of The Foreign Exchange? You won't have to wait very long. Tales From the Land of Milk and Honey will be released on August 21st. Excuse us while we go mark our calendars.