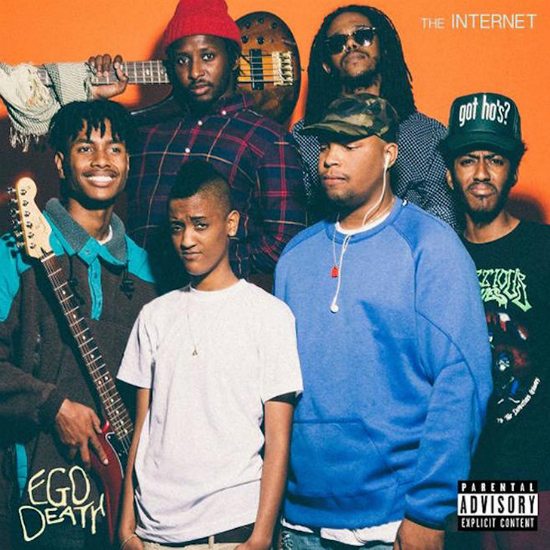 It may only be July, but let’s call it what it is, Ego Death, the third release brought to us by Los Angeles collective The Internet, is easily one of the best albums of 2015. Founded in 2011, The Internet, formed by Odd Future refugees Syd tha Kyd and Matt Martians, also includes the talents of Jamell Bruner, Patrick Paige, Christopher A. Smith and Steve Lacy. The album also features artists such as Janelle Monáe, James Fauntleroy and Vic Mensa.

The Internet’s rapidly evolving approach to R&B and soul make them forerunners in what seems to be a renaissance of West Coast music that’s finally coming to a head. They represent the younger end of the spectrum of a progressive, musically sophisticated group of musicians out of Los Angeles, which includes artists such as J*Davey, Thundercat, Miguel, Kamasi Washington and others from the diverse group of collaborators that helped create Kendrick Lamar’s To Pimp A Butterfly, which on its own is sonically like a seven layer dip of Black music.

What stands out throughout the album is the striking level of musicality the band has. While it doesn’t sound much like Mint Condition, they share a similar ability to drive forward the sound of R&B music with their musicianship.

Ego Death features Syd's melodic, sultry vocals, so subtly soft it sounds as if she sips on clouds. The band's musicians seem like old souls, expanding, experimenting and simply holding their own with the great bands and music collectives like those responsible for the Soulquarians sound.

The term "ego death" itself is defined as “complete loss of subjective self-identity” and operates on at least two levels on the album. Lyrically it’s never self conscious, and sonically it makes you want to just completely lose your self in the music.

One of the elements that makes Ego Death groove so hard on every track is how cohesive the band sounds. No one person dominates. Syd’s vocals don’t overshadow or get swallowed up by the skillfulness of the George Benson-like guitar playing on the dream chaser’s anthem “Under Control” or the hip hop head nodding bass line on “Go With It.” The keyboards are a powerful presence throughout and the drums are freakishly precise. The other electronic instrumentation incorporated enhances the forward-facing, future soul dynamic pouring through the album.

Thematically, the album deals with a spectrum of romantic encounters with a raw emotional honesty, direct, relatable, in-your-face lyrics and is never overly self-conscious. Concepts range from the more seductive "take you home" type songs to the, "it’s over because you messed it up" type of tracks. A departure of this theme is in the deeply reflective “Penthouse Clouds” dealing with the concept of God in the midst of a violent world.

The Internet’s forward thinking future soul sounds are most prominent on tracks like “Gabby” and the single “Girl,” produced by Haitian-born and Quebec-raised Producer/DJ Kaytranada. While their more futuristic sounding tracks often rely more on a synth and digital drum machine sound, none of the tracks fall into the trap of relying on electronics to the point where they overemphasize repetitive looping, merely using the catchiest part of the beat and drubbing it into the listener's head. Instead, the band always lets the instruments and beats breathe with chord changes, riffs and sometimes complete changes in the musical composition.

A more contemporary neo soul sound is found in songs like “Special Affair,” the album’s first single with a killer, highly seductive bassline. It’s also central on “Just Sayin/I Tried,” which incorporates elements of Keyshia Cole’s “ I Changed My Mind” and Syd’s cadence reflects Dwele’s on “Find A Way.”

Another quality that makes The Internet such a comprehensive and innovative group is their ability to use their hip hop sensibility in musically progressive ways. This ability is highlighted with tracks like “Go With It,” which has a future soul bent to it, while simultaneously capturing the best of the neo soul golden era. The effectiveness in infusing hip hop beats to amplify the soulfulness of a song is also found on “Partners In Crime Part Three.”

Although Ego Death is 12 tracks, a standard album length, multiple tracks go well over the six-minute mark, morphing into completely unique compositions midway through the song, which almost makes you feel like you are getting a double album. The track-within-a-track approach shows that The Internet is so filled to the brim with soulfulness, they‘ve got soul to spare, tacking on extra minutes to certain songs on already impressive tracks.

The Internet combines a superior level of musicianship, a keen hip hop sensibility and an avant-garde future soul style to produce one of the most soulful albums of 2015 with Ego Death. If the Internet is the future of soul music, it looks like the future is in good hands.