Thundercat Takes Us To ‘The Beyond/Where The Giants Roam’ 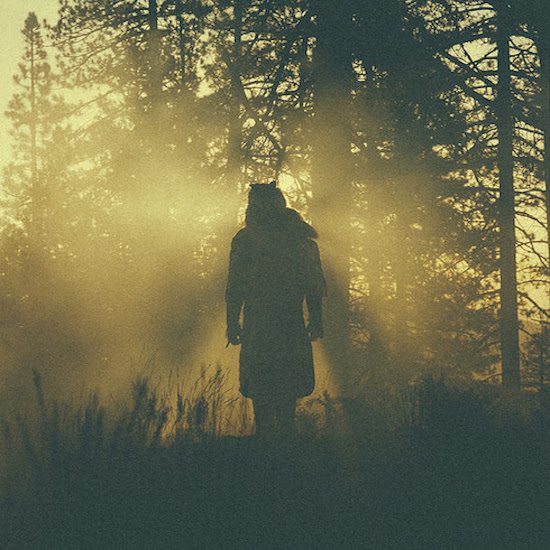 Like a meteor burning across the night sky, comes The Beyond/Where the Giants Roam, the six-track EP courtesy of everyone's favorite bassist, Stephen Bruner, better known as Thundercat. Delivering the project with little notice, it appeared out of the blue after Thundercat played an integral role in making the most recent releases by Flying Lotus and Kendrick Lamar the expansive, vital works of art they are. But when left to his own devices to follow up his two delightfully eclectic albums, where does Thundercat's current flight of fancy take us?

At just 16 minutes long, it seems unlikely that it could take the listener anywhere far, but this is an astral flight of imagination that strikes out to the darkest depths of the human soul, to wrestle with the greatest enigma of all: our own mortality. And throughout, Bruner stands as some kind of Asgardian demigod, a gatekeeper to the recesses of the mind. Where Thor has his hammer, Thundercat wields his deliciously fluid and chameleon-like bass to cinematic effect, ushering us deeper into the world he creates.

“Hard Times” opens with the profoundly somber lyrics, "I can’t feel my face / Where’s this cold, dark place? / This must be the end," to the accompaniment of stripped-back bass and keys. It is a perfect introduction to both the lyrical and musical delights on offer here. World-weary and hopeful in equal measure, Thundercat’s voice floats across this sonic galaxy of his making as a perfect guide to this universe. “Song For the Dead” boasts delicious harmonies and wrestles with the afterlife before the glorious sound of ascension to another realm takes over towards the end of the track. The funk bass popping of “Them Changes” is as close as we get to the party of 2013's “Oh Sheit It's X.” Its mid-tempo groove is unstoppable, but still finds Thundercat lost and confounded by heartbreak.

The lyrically simple “Lone Wolf and Cub” strikes a more defiant, upbeat note with its exhortations to, "Put up a fight / Heal from your wounds," and is alive with echoing voices that strike a hypnotic, meditative mood until the second half of more frantic bass runs and swirling, twirling sounds bring things to an exhilarating conclusion. “That Moment” is an eerie, space cowboy, spaghetti western instrumental that brings us to album closer “Where the Giants Roam/The Fields of the Nephilim” with its warm glowing bass, stardust sprinklings of keys and Bruner’s brittle falsetto issuing beams of starlight throughout.

The Beyond/Where the Giants Roam is deep, serious and utterly immersive. This collection strikes a nerve, as though some epic space opera is unfolding across the galaxies in Thundercat’s mind. Only when he leaves the door to this world ajar for these 16 minutes can we hear the drama develop in the sounds around us. With so much media clamoring for our attention these days and time in short supply, listening to this hypnotic EP is time well spent.


TAGS:  flying lotus, kendrick lamar, Stephen Bruner", thundercat
Previous: Dr. MaD Has ‘Got’ A Good Thing Going With This Janet Jackson Remix Next: Jidenna Links Up With Kendrick Lamar & Gets Some California Love In The ‘Classic Man (Remix)’ Video