Adina Howard Returns With A Throwback On ‘Bad 4 Me’ 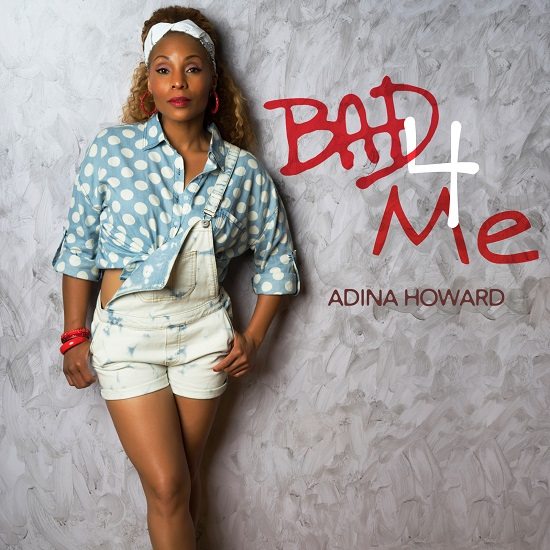 It's hard to believe that 20 years have passed since we were introduced to Adina Howard and her freaky ways back in 1995. And though decades have passed with very little material from Ms. Howard, the singer is still at it. She proves so with a new single, "Bad 4 Me," that finds the singer going in an unexpected direction.

Rather than the G-Funked out sounds of the mid-'90s, she's diving back a few more decades to deliver a Motown-inspired sound on the single. The twinkling piano and hard tambourine slaps will instantly put you in a '60s mood as Adina channels her inner Mary Wells over the poppy track. However, while the track's sound might be firmly rooted in the past, the song's lyrics are quite modern, with the singer contemplating her dysfunctional relationship. "You've got such a beautiful mouth / I wanna punch you in it twice," she opens the song before further detailing how much her man gets under her skin. Despite their ups and downs and disagreements, though, Adina just can't let him go.

Of her new sound and single, Adina says, "Bad 4 Me" is my new single that I am really excited about, why? Because this sound has an old, Motown, Urban, Pop feel to it that is refreshing and is truly good music. I’m stepping out on faith, grabbing the bull by its horns and taking my destiny in my own hands." While time will reveal whether Adina's leap of faith will return her to the heights that "Freak Like Me" took her too back in the day, it's definitely a solid track from a singer whose vocal prowess is, without a doubt, timeless.