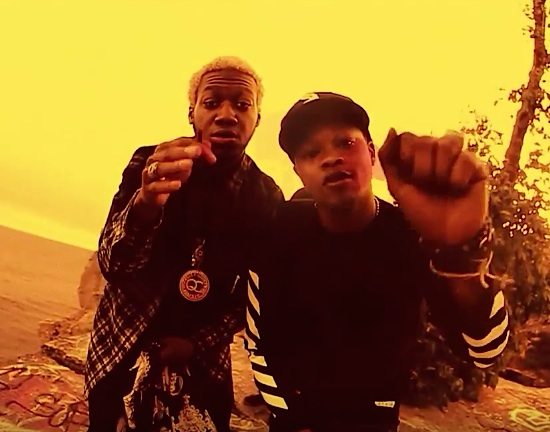 BJ the Chicago Kid has been enjoying a great year to say the least. The Kid was given the distinction of being the only featured artist on Jill Scott’s new LP, Woman, is currently on tour with the Philly songstress and was asked by E&J Brandy to remake the song “Charlie Ray” by one of his musical inspirations, Raphael Saadiq. If that wasn’t enough, BJ is getting ready to release his debut album, In My Mind. In anticipation of the project, we have a new song and lyric video for “That Girl,” featuring OG Maco.

On “That Girl,” BJ is on the hunt for the baddest chick on the South Side of the Chicago metropolitan area, while delivering a not-so-humble brag about having cash, doing shows and blowing weed smoke. Instead of his usual gruff tenor, the song finds BJ more or less delivering a hard-edged yet melodic rap flow, which works for the 1980s-esque hip hop breakbeat production. ATL rapper OG Maco comes through with a guest verse that may be what the kids are into these days, but doesn't really make or break the song. However, his falsetto ad-libs by way of Auto-Tune are actually a welcome addition to the track.

The lyric video has a throwback feel as well, utilizing a variety of visual effects that will make you think the song is the intro for an '80s sitcom. Bubble text is superimposed over grimy imagery of the Chicago skyline along with bright colored filters and kaleidoscope effects. In addition, there is also a colorful silhouette of a PYT breaking it down to the beat.

While not the gruff yet harmonious voice that we're used to hearing from our favorite up-and-coming R&B soul crooner, "That Girl" shows that BJ has character, range and a variety of talents. Now that we know that we can't put the kid in a box, we can't wait to hear what he has up his sleeve when In My Mind finally drops.