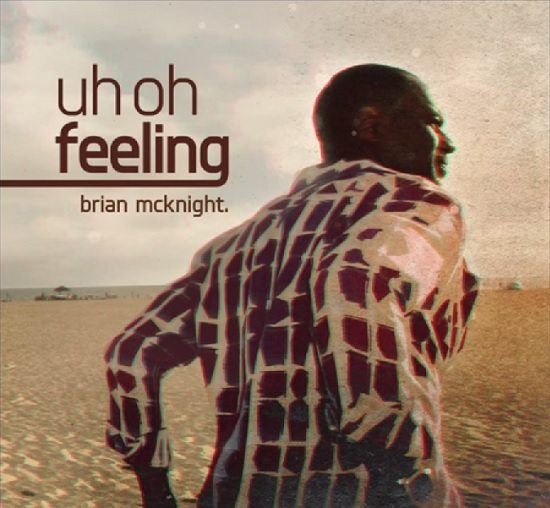 Throughout most of his career, Brian McKnight was known as a tender balladeer who wrote sweet songs about love. And then he went and did something like "If You're Ready To Learn" and ruined two decades of good will with a raunchy, cornball romp. Sadly, it's overshadowed everything he's done since — namely his 2013 album More Than Words. But the crooner is moving forward as he preps for a return with a new album and his new single, "Uh Oh Feeling."

The "uh oh feeling" that Brian is speaking of here is falling in love (though, giving his recent track record, your skepticism is understandable). "Uh Oh Feeling" is a return of sorts to his roots, with the piano-driven melody of the song providing a cheerful energy. But that's not the only thing the song has going for it. It's classic R&B sound, layered lush with piano, guitar and backing vocals all working to create a serene jam sure to make a few ears perk up. And then there's Brian's undeniable tenor, which sounds as good as ever here, and his effortless falsetto, which gets a workout on the song's chorus. It all comes together to remind us how great of a singer and songwriter Brian can be.

Brian's upcoming album lacks a title and release date at the moment, but if "Uh Oh Feeling" is any indication, it's sure to be a welcome addition to his collective work. Press play below to get a happy dose of R&B from Brian McKnight to brighten up your day.


TAGS:  audio, brian mcknight"
Previous: Tessanne Chin Is Bringing The ‘Fire’ Next: SoulBounce’s Top 30 Janet Jackson Singles: #14 ‘What Have You Done For Me Lately’