Disclosure & Kwabs Are ‘Willing And Able’ 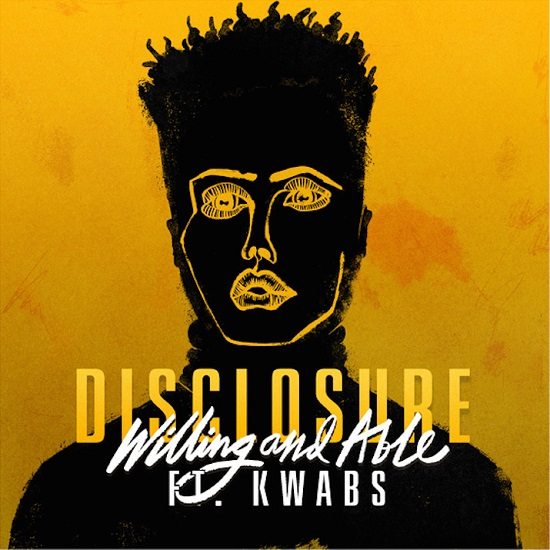 Can Disclosure do any wrong? Based on the last album, Settle, and what we've heard from their upcoming set Caracal, the answer to that question is a resounding "no." They've already gotten us hot and bothered with their singles "Holding On" and "Omen," as well as leaked track "Moving Mountains." And, with the summer days waning in number, they continue to bring the heat with "Willing and Able."

Like the previous singles, "Willing and Able" finds the group collaborating with another talented singer, this time around being UK up-and-comer Kwabs. However, the electronic ditty has more in common with the smooth, mid-tempo "Moving Mountains" as Disclosure's signature shuffle is slowed down just a few BPMs. The shift suits Kwabs' rich vocal just fine, as he delivers a lovesick performance wondering if the object of his affections is feeling him in the same way. However, while Kwabs might be confused as to whether or not his love is returned, we can confirm that we're absolutely loving this song. We're also loving the animated video featuring Kwabs' silhouette that Disclosure used to premiere the track. Will this song be the latest to soundtrack their ongoing video series? Time can only tell.

Speaking of time, we've only got about six weeks until Disclosure hits us with Caracal on September 25th, but we've got more than enough music to keep us until it comes. Until then, press play below and prepare to be mesmerized by "Willing and Able."


TAGS:  audio, Disclosure, Kwabs
Previous: Robin Thicke & Nicki Minaj Are ‘Back’ With A New Video Next: Morning Soul: This Love’s A TKO