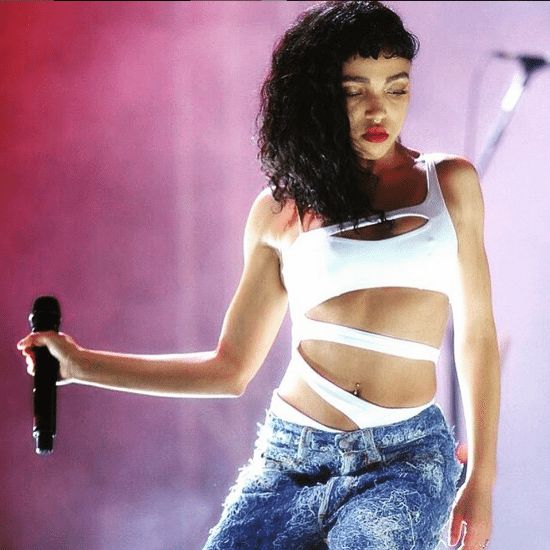 As you already know, FKA twigs has become one of our favorite creatively haunting singers. The British songstress' vocals can carry 100 emotions all at once, and now she's giving us some more of her mysterious vibes in her latest single "Figure 8." FKA twigs debuted the track on Beats 1 and mentioned in an interview with Zane Lowe that her inspiration for the sonic single was New York City's vogue community. "Figure 8" is chopped with sharp percussion yet blended perfectly with winding synth and FKA twigs' smooth vocals. While the single is giving us a number of different sounds, it's perfect for the flowy movement required in the stylish and modern vogue dance. In doing the vogue, the figure eight represents infinity, and the track makes it clear the songstress loves the dance and everything it represents.

If you walk or vogue down memory lane with us for a second, you may recall FKA twigs took some lessons with Derrick Prodigy for her "Glass & Patron" video, where she vogued with the best. The single is a part of artist's upcoming album EP3 to be released later this year. Before we get to the album, you should probably see her live, and if you're in LA or the UK, you can witness FKA twigs in all of her avant garde glory while she's on tour. Listen to her latest track "Figure 8" now, and let us know if it has you doing some vogue moves of your own.