Frenchie Davis Is Ready To Break Out With ‘Stand (By Me)’ 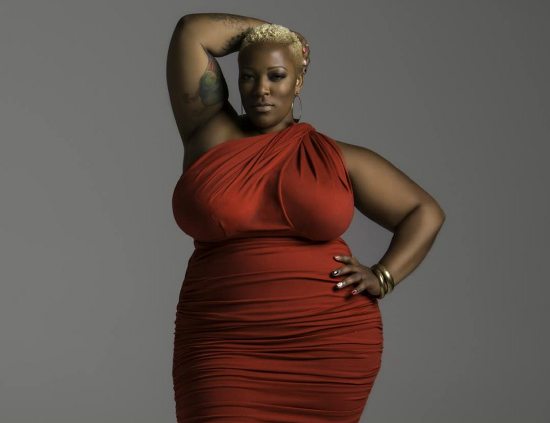 Ever since she enthralled us with her stunning voice on American Idol back in 2002, Frenchie Davis has teased and pleased us with her versatile talent. In 2011, she reappeared on TV when she auditioned for and made it to the semi-finals of The Voice. Though she didn’t win those competitions, Frenchie has continued to exhibit her phenomenal talent. She recently broke the internet with an exquisite cover of Fetty Wap’s “Trap Queen,” and she has appeared in Broadway productions such as Rent and Ain’t Misbehavin’, for which she earned a GRAMMY nomination. Although her debut album, Finally Frenchie!, is not due out until early 2016, the voluptuous vocalist continues to pacify our thirst with grooves like the persuasive and alluring, “Stand (By Me).”

On “Stand (By Me),” Frenchie is unabashedly laying her love on the line, requesting that her lover reciprocate her devotion. “So baby, no lyin’ / And baby, no hidin’ / Can’t keep no secrets / We don’t need them / Why don’t you just stand by me?" she pleads. “Stand (By Me)” has an intense yet soothing flow with pounding drums, airy synths and layered background melodies. Frenchie inspires lovers to stand by each other with unreserved vulnerability.

The remix features production by Frenchie’s fellow DMV area native, DJ Class, and it has a crisper, slightly stripped-down sound, giving “Stand (By Me)” a hip hop/R&B vibe. Its flow is sped up a bit more than the original, with a snappy, pulsating beat that makes your head bop. The original is distinctly more sensual, but the remix stands on its own as a stellar B-side. Check out Frenchie’s “Stand (By Me)” along with the remix, and let us know if the tracks make you want to stand by and hold on to your love.


TAGS:  audio, DJ Class, Fetty wap, frenchie davis
Previous: Morning Soul: For The Rest Of My Life I Will Be Your Wife Next: Timbaland & V. Bozeman Give Us Reason To ‘Smile’