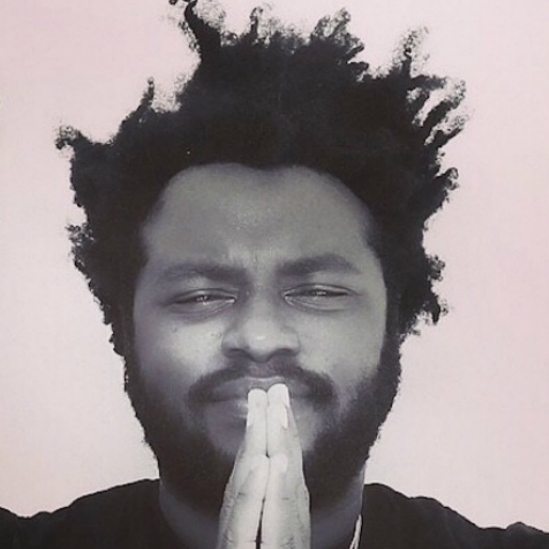 Over the past few weeks, singer/songwriter/anime fanatic James Fauntleroy has gone from dropping gems every few months to dropping bombs everyday. At first, we figured these songs were part of his Coldest Summer Ever project/playlist, which he started working on last summer. However, the latest news is that these songs are the lead up to his upcoming “motion album,” 1984. Instead of worrying why he just keeps on blessing us, we decided to just sit back and reap the benefits.

The Coldest Summer Ever playlist on Fauntleroy's SoundCloud features a few tracks we’ve already spotlighted, such as the electric guitar fueled  “Mo’nin’,”  the funky hypnotic “Help” and the haunting  “Broken Heart, Broken Eyes.”

The playlist also features a few new and rather inventive tracks, including the Neptunes-esque “SEX HIGH (ashes on the moon);” the wailing guitars, hand claps and high adventure vibe of “Mid-Air” and the rock/electro fusion joint, “Running Through Red Lights.”

Not included in this playlist is the latest track, “Magic,” the first single off the 1984 album. Produced by Malay, “Magic” is a funky reggae-influenced tune about love at first sight in the Internet era.

While we’ve been craving new music from James Fauntleroy, and he has given us plenty to listen to, he’s also left us with more questions than answers. We are somewhat satiated by the bounty we’ve been given, but we’re now hungry and yearning for what’s coming next. Also, we kind of want to know what exactly is a “motion album.” Whatever the case, Fauntleroy, often the quiet genius in the background, is keeping his secrets close to his chest. We’ll just have to wait and see what the musical maestro will dazzle us with next.