Louis York Gets Us In A Party Mood With ‘Good Drinks, Dumb Jokes’ 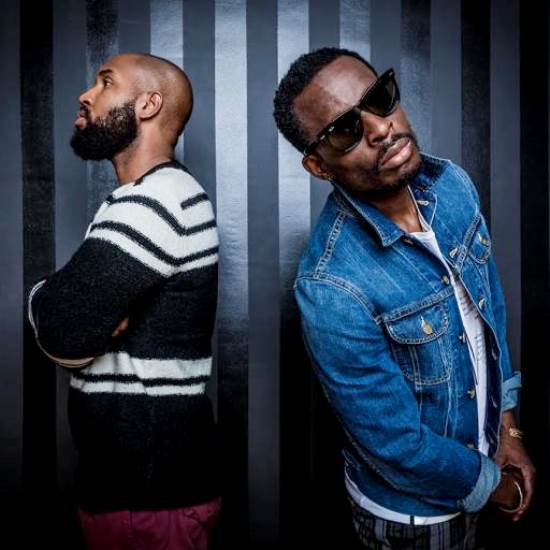 "We don't do it for the money / We don't do it for the fame / If they took these riches from me / I'd be singing just the same." So begins the latest track from dynamic duo Louis York, "Good Drinks, Dumb Jokes," a heartfelt ode to the love of music. Accompanied by Chuck Harmony's soulful keywork on the Rhodes, Claude Kelly's impassioned vocals testify with a gospel-like sincerity that makes us wanna wave our hands and shout "yassss!" But just as we're getting comfortable in our pews, there's a shift in the atmosphere and we suddenly find ourselves smack dab in the middle of the club with trap music on deck. (Of course, given some recent trap gospel offerings by artists like Erica Campbell that's apparently what's hot in the streets...*sips tea*...but that's another story.)

While they employed a similar genre-swapping approach with "Clair Huxtable," that transition felt more like a detour that still led to the same final destination. "Good Drinks, Dumb Jokes" on the other hand, feels like a complete left turn to Destination: Anywhere But Here, and we are definitely still down for the ride. But, if you can stop bopping your head and body rolling long enough to focus on the lyrics, you'll notice that at its core, this is still a tribute to music. "Hands to the ceiling / We closin' our eyes, we catchin' a vibe." The fellas are showing mad love to '90s music in particular, referencing everyone from Jodeci to Junior M.A.F.I.A. Kelly further expounds in a recent interview, saying "‘Good Drinks, Dumb Jokes’ is exactly what a Louis York house party sounds and feels like. That means wild jokes, crazy debates, feel-good tunes and one or two ‘party enhancers’." So hit the play button below, grab your peeps, raise your glass and have yourself a good time. While we'll have to wait another month for the debut EP Masterpiece Theatre Act I to drop, "Good Drinks, Dumb Jokes" is currently available for purchase on iTunes.