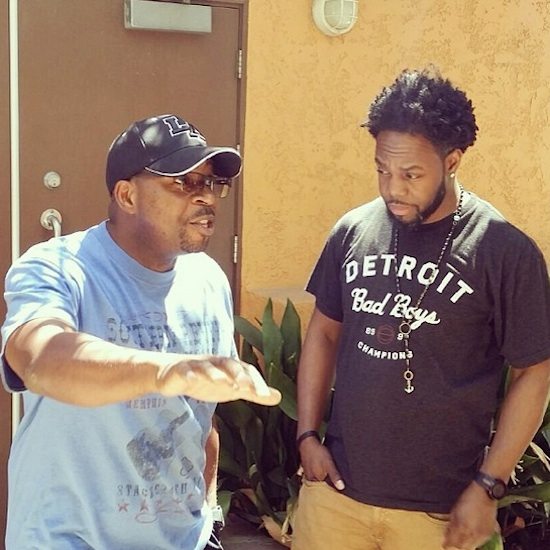 Philly-bred writer and producer Mike City just released a feel-good track, "I Rock Wit U," featuring the smooth vocals of Detroit crooner Dwele. The single is from City's series of albums called The Feel Good Movement, which features '80s-inspired R&B dance music that will likely have you moving. "I Rock Wit U" will have your serotonin flowing as City starts the track off with a contagious dance beat chock full of whistles and percussion. Dwele starts singing, adding the R&B layer we were looking for and compliments the dance vibe easily as he sings about his chemistry with a significant other. "Together, you stay the same and you don't be changing like the weather / There ain't nobody else who knows or loves me better / That's why I rock wit' you, I rock wit' you," Dwele sings over the dance groove.

With the new track and his upcoming project, City accomplishes his goal of marrying his love for dance with R&B, making sure you break out into two-step no matter what he decides to drop in your earbuds. In the past, Mike City has worked and produced for the likes of Babyface, Usher, Brandy, Rihanna and Lalah Hathaway and The Feel Good Movement will feature new music with artists including Faith Evans, Carl Thomas and Teedra Moses. If you like what you're feeling so far, you can hear more from City over on his SoundCloud. Listen to"I Rock Wit U" featuring Dwele right here and let us know if the single has you dancing and rocking like City intended you to.