Robin Thicke Gets ‘Back Together’ With Nicki Minaj 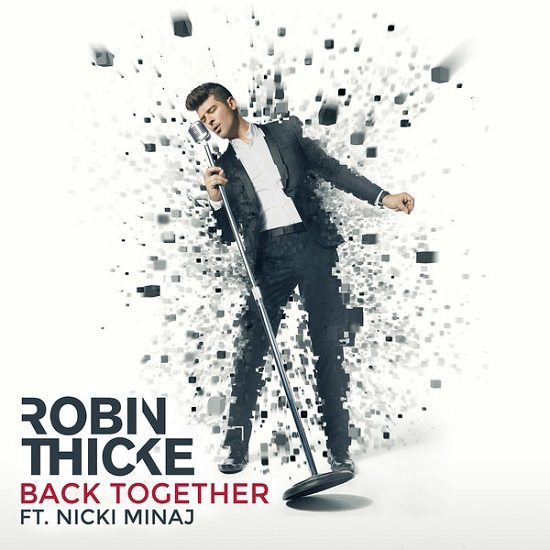 Robin Thicke made news this week when it was announced that he was newly engaged. Unfortunately (or fortunately, depending on your vantage point) Robin says that news isn't true. What is true, however, is that the blue-eyed soul crooner has a new single called "Back Together" and it features Nicki Minaj, whom last guested for Thicke on his strip-club anthem "Shakin' It 4 Daddy."

No worries, though, as this one is much more tame and a lot less ratchet. Over a breezy, electronic groove, Robin aims for the pop rafters as he sings about a woman who constantly tears him apart only to build him up all over again. And though everything here seems a bit less than ideal when speaking of a healthy, non-dysfunctional relationship, for some odd reason, Robin wants a reconciliation. Alrighty then. Bad gyal Nicki, on the other hand, chimes in a hot 16 that kinda has nothing to do with the song (sample lyric: "Ay yo Robin, I get more head than when they noddin' / Kitty on fleek / It's poppin', I'm Mary Poppins"). However, her arrival does bring some Latin-tinged horns that add a bit more musical depth to the affair, so that counts for something.

"Back Together" is the second new single from Robin this year, following "Morning Sun," and is available now on iTunes. We can only assume this means that a follow up to Paula will soon come, but nothing solid has been announced as of yet. Until then, you can stream "Back Together" right here.