SoulBounce’s Top 30 Janet Jackson Singles: #14 ‘What Have You Done For Me Lately’ 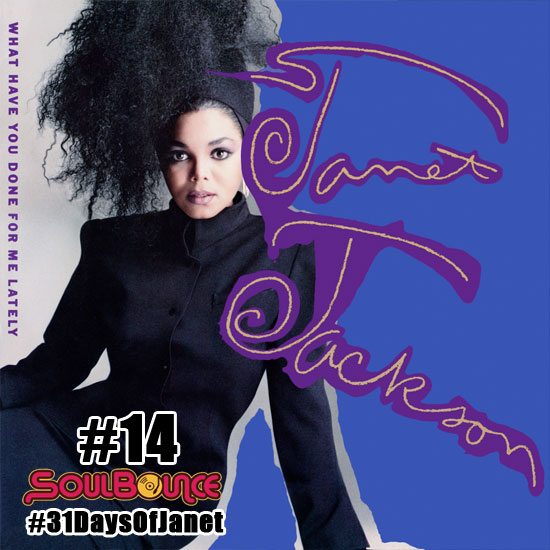 After two failed albums and what appeared to be a bubble gum sweet Janet Jackson, the songstress burst everyone's bubble with her third studio album, Control, in 1986. To debut her independence, Janet decided to pave her way to freedom with "What Have You Done For Me Lately." The last single recorded for Control ended up being the lead, and the first time Janet was recognized as a mature, serious artist. Written with Jimmy Jam and Terry Lewis, Janet channeled her anger and annoyance from her annulment from James DeBarge, asking a pivotal question that America chose to bop their heads to. With a contagious beat and simple instrumentals, Janet added some grit to her sweet voice to express that she had wised up to her significant other's game and she wasn't having it.

The video for "What Have You Done for Me Lately," directed by Brian Jones and Piers Ashworth, featured choreography from none other than Paula Abdul, who also played Janet's friend in the clip. The dance moves paired with the song added the cherry on top of Janet's sexy, independent image. "What Have You Done For Me Lately" was later hailed as one of the greatest songs of all time and received a GRAMMY nod for Best Rhythm & Blues Song in 1987. The song peaked at No. 4 on the Billboard Hot 100, spent 21 weeks on the chart and became the first top 10 single for Janet, who went on to become a pivotal voice for women's empowerment.