SoulBounce’s Top 30 Janet Jackson Singles: #17 ‘Come Back To Me’ 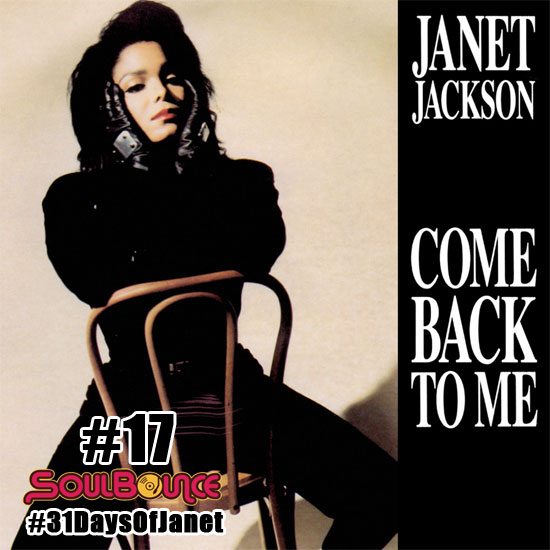 Not one to follow the crowd, by the time Janet Jackson released her fourth studio album, Janet Jackson's Rhythm Nation 1814, in 1989, we all realized she was in a league of her own. Despite what her label wanted, Janet focused her musical talent on social consciousness, writing alongside her dream team of Jimmy Jam and Terry Lewis. One of the tracks that sticks out from the collection was "Come Back To Me," her fifth single from the wildly successful album. The single didn't match the New Jack Swing and military-tough tracks like "Alright" and "Rhythm Nation," but it instead fit right in with the sweetness of the songs that surrounded it,  "Lonely" and "Someday Is Tonight." "Come Back To Me" painted Janet into a vulnerable corner and showcased her effortless silky coos, where she begged and most likely willed her significant other to return and rekindle their old flame.

To add to the already romantic single, Janet, with the help of director Dominic Sena, shot the video in Paris and used then-boyfriend René Elizondo as her video muse. While Janet was hoping for the return of a love lost, "Come Back To Me" was feeling a lot of love on the charts as it became a commercial success, reaching No. 2 on both the U.S. Billboard Hot 100 and U.S. Hot R&B/Hip-Hop Songs. "Come Back To Me" remains one of our favorite Janet ballads, and like the track's message, our wish came true and Janet is coming back to us this year with a new tour and new tracks for us to swoon over.