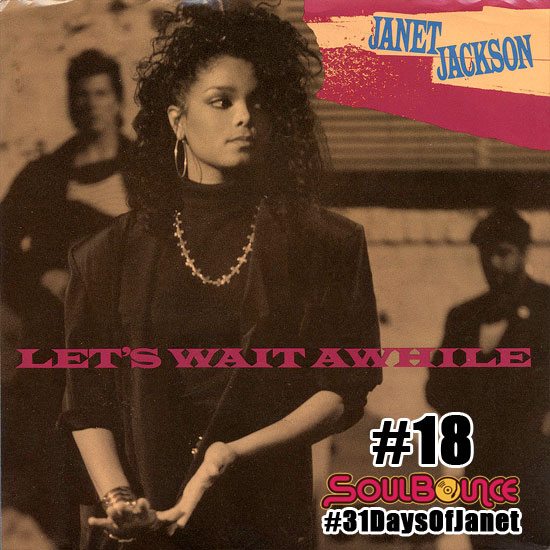 In 1986, Janet Jackson released what would become a career-defining album, Control. The album established the soft-spoken singer as a force to be reckoned with its empowerment themes. Uptempo and danceable singles like “Control,” “What Have You Done for Me Lately?” and “Nasty” showcased an outspoken side previously not heard from her in her previous two albums as she tackled topics such as breaking away from her former manager/father’s grasp, the dissolution of her marriage to James DeBarge and sexual harassment encountered by a group of men on the street.

With the release of the album’s fifth single, “Let’s Wait Awhile,” Jackson slowed things down in more ways than one. A delicate love song on the surface, a closer listen revealed a message of sexual abstinence. Co-written by Jackson, Melanie Andrews and the album’s producers, Jimmy Jam and Terry Lewis, “Let’s Wait Awhile” proved that Jackson was just as adept at conveying a serious topic like sexual abstinence without coming across as preachy or prudish.

I didn't really know not to let all my feelings show / To save some for later so our love can be greater...

Her approach paid off, with “Let’s Wait Awhile” climbing to the No. 2 spot on the Billboard Hot 100 chart and becoming her fifth consecutive top five single. It also made it to the top spot on the Hot R&B/Hip-Hop Songs chart and even placed at No. 48 on Billboard’s Hot 100 Year-End Chart of 1987. The single’s success could potentially be attributed to its timeliness as well, with the single coming about during the height of the AIDS pandemic and even being adopted by many educators as a theme for sexual abstinence.

The song’s video, which featured actor Taimak, who was enjoying his own popularity as the lead in 1985’s cult classic The Last Dragon, and had been hand-picked by Jackson herself to play her love interest, further established Jackson as a multi-faceted entertainer in charge of her own path.