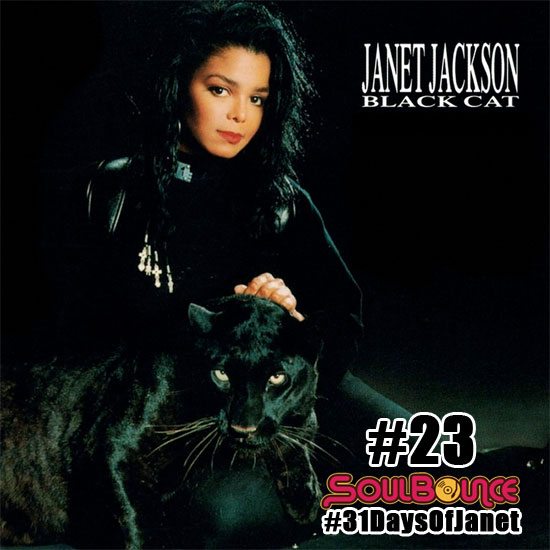 Though her fourth album, Janet Jackson’s Rhythm Nation 1814, stopped the world in 1989, Janet Jackson continued to dish out hit single after hit single all the way through 1991. The fifth single in this string of groundbreaking hits came in the form of a rock-infused anthem titled “Black Cat.” Ms. Jackson played no games. From the opening growl to the start of the guitar riff that is repeated throughout the song, she came to give you the business on this hard-hitting number. And that she certainly does as she sings out against substance abuse and gang violence.

Not only does this song showcase Janet’s vocal versatility, as she executes this grungy '80s rock vocal quite well, but it also shines a light on her songwriting and production skill. Unlike the rest of Rhythm Nation, “Black Cat” is listed as having been written solely by Jackson and co-produced by Jellybean Johnson. Having completed her recording sessions with Jimmy Jam and Terry Lewis, Janet felt that the album was missing a certain spark and headed back into the studio with Johnson to record one last song, which would end up being this fiery record. The woman clearly knew what she was doing, as “Black Cat” went on to be nominated for Best Female Rock Vocal Performance at the 1991 GRAMMY Awards.