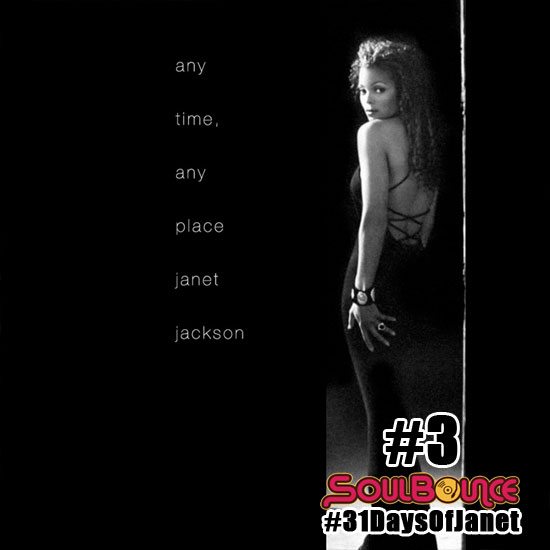 A recurring theme over the course of Janet Jackson's storied career is liberation — both sexual and mental. Nowhere is that more evident than on her steamy single "Any Time, Any Place." From start to finish, the fifth single to hail from 1993's janet. is an exercise in the art of seduction. Overflowing with innuendo and barely contained lust, the youngest of the Jackson clan proved that she was all grown up on the slow jam staple. Sonically, the production further stoked the flames of sexual anticipation thanks to the languid finger snaps and the sounds of rain, providing the perfect backdrop for Janet to coo out her innermost desires. Becoming bolder with each solo ablum, "Any Time, Any Place" found her toying with the idea of public intercourse as she fantasized about how and where she wanted her partner to make love to her.

The risk paid off, giving her the fourth single from the album to reach the top five on the Billboard Hot 100 chart, behind "That's The Way Love Goes", "If" and "Again." It also became her biggest single on the Billboard Hot R&B Singles chart, where it sat at the top spot for 10 weeks. R. Kelly even got in on things, lending his talents to a remix that appeared on Janet's 1995 remix compilation album, Janet. Remixed.

For the song's video, Janet adopted a slightly more coy approach as she engaged in a sexually-charged flirtation game with her neighbor across the hall that found them slipping into each other's apartments for a little hot and heavy action. While things get pretty steamy between the singer and her co-star, it is hard to tell if the scenarios really play out or are simply figments of her very active imagination. Whether real or imagined, the impact is still the same, completing Janet's transition from cute child star to full-fledged vixen.