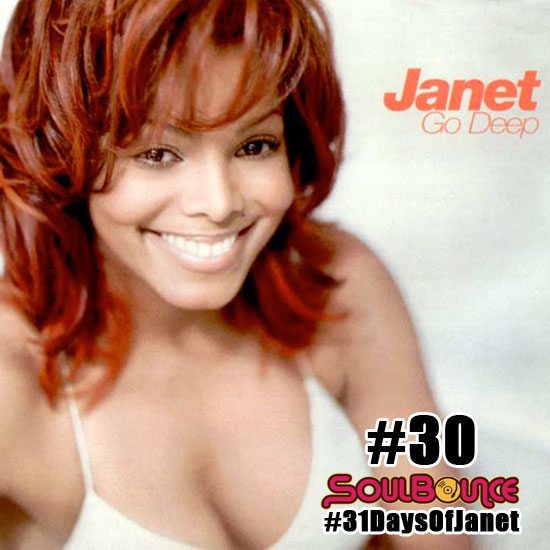 There's no better way to start a party than with a Janet Jackson classic, and we kick off our countdown of Janet's Top 30 singles with one of Janet's most popular party starters, "Go Deep." One of the more upbeat numbers from 1997's The Velvet Rope, "Go Deep" was released as the fourth single from the project in the summer of 1998.

Long before #SquadGoals became a hashtag co-opted by Taylor Swift, Janet was calling up her girls for a night out on the town to dance their troubles away — and they did so with one of the simplest, yet most direct battle cries:

Yes, compared to the rest of her oeuvre, especially the deep themes she explored on other tracks from Velvet Rope, the lyrics here are fluffy and inconsequential. However, the track shows the importance of allowing yourself to just let go and have fun, even when it feels like you've got the world on your shoulders. She did so over a slick, funky backdrop crafted by her go-to production team of Jimmy Jam and Terry Lewis that channeled the funk of the '80s through a '90s pop lens. The groove is undeniable, the feel good vibes are infectious and it is, without a doubt, one of Janet's best jams.