SoulBounce’s Top 30 Janet Jackson Singles: #9 ‘Love Will Never Do (Without You)’ 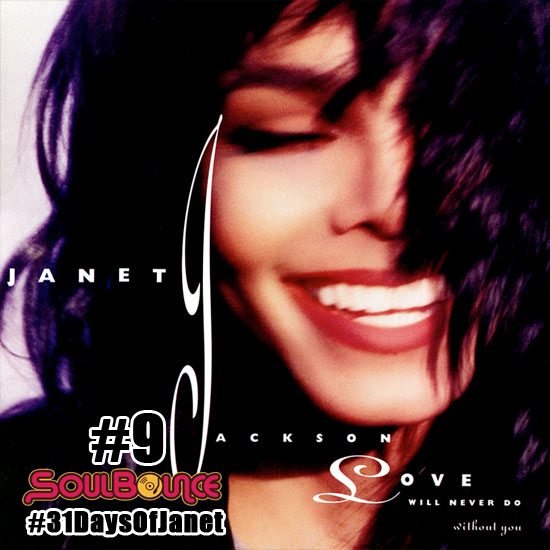 In 1989, Janet Jackson released her fourth studio album, Janet Jackson's Rhythm Nation 1814, and all bets were off. The songstress peeled her honeyed layer to uncover an edgier and conscious, yet equally feminine and sexual core. Hitmakers Jimmy Jam and Terry Lewis wrote and produced the album, recording "Love Will Never Do (Without You)" first and later releasing it as the set's seventh single. With funky bass and infectious percussion in the background, Janet drew us in immediately as she sang the first verse in a lower octave than we were used to hearing from the songstress, negating the need for a male collaborator. Janet also did her own duet, going back up an octave in the second verse to add graceful femininity to the track. By the time we get to the chorus and the bridge, with its chants of "love will never do, never do without you," the song turns into a sweet protest for a love supreme.

Janet took a different approach for the visuals of "Love Will Never Do (Without You)." Directed by photographer Herb Ritts and choreographed by Ritts, Janet and Tina Landon, the singer donned a simple black top, jeans, blonde hair and a svelte body. Janet had two leading men, actors Antonio Sabàto, Jr. and Djimon Hounsou, who showcased their muscles throughout the iconic video and lip-synced to Janet's lyrics. Serving as her fifth No. 1 single on the Billboard Hot 100, Janet was the only artist to achieve seven top five singles from one album, solidifying her place in the music industry and our hearts.