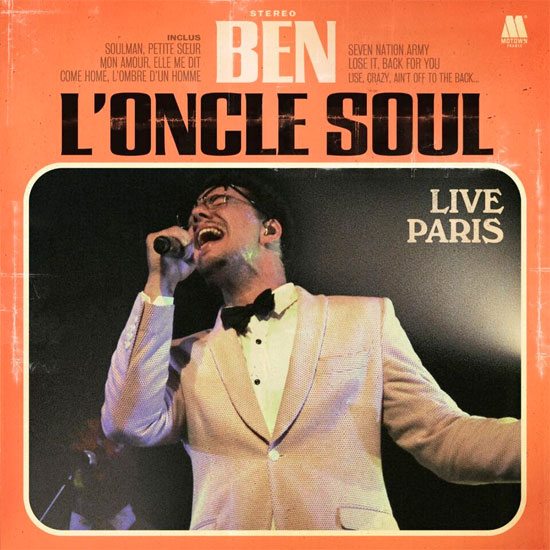 Uncle Ben is no stranger to SoulBounce, but I stumbled upon this DVD recently at a dinner party in Paris. This concert, lasting over two hours, was non-stop energy, emotion, soul and joy; truly an exciting experience. I was so impressed by the stamina of Ben L'Oncle Soul and his two background singers. They all came out in fancy digs -- he was in a suit and the singers were in paperboy hats and vests -- and they danced so hard. Maybe three quarters into the show, Ben came out of the jacket and the singers left the stage (I'm guessing to change clothes - they were really sweaty). It reminded me of how hard the soul men like Jackie Wilson and Sam Cooke would go in back in the day. I loved it! It's also interesting how Ben navigated the fine line between paying homage to the past and performing more sleek, neo soul-inspired grooves.

Here's a clip from the DVD of one of his tunes, "Come Home," to get a taste of his greatness.

After seeing this concert I was left wondering why Motown France didn't think to promote him more heavily in the States when he first emerged in 2010. Maybe since a lot of the songs were in French they felt the U.S. market wouldn't be interested. I must say, I feel a little cheated. Well, I won't be sleeping on Ben L'Oncle Soul anymore, that's for sure. Keep up with Ben on his official website, Facebook, Twitter and Instagram.