Studio Campfire Stories: ‘Tales From The Land Of Milk And Honey’ Edition – The Making Of ‘Asking For A Friend’ 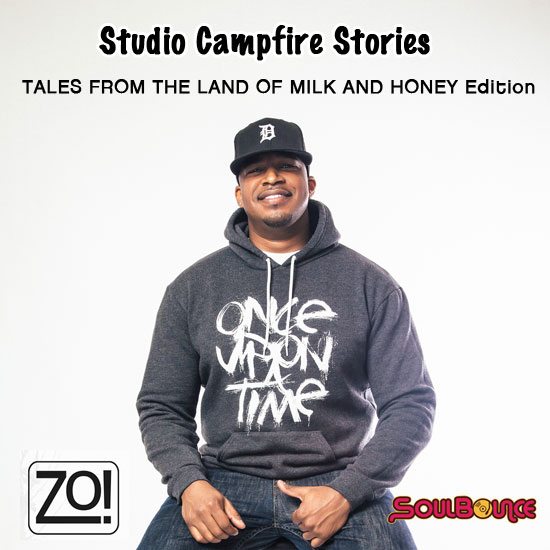 So..."Asking For a Friend"! This song right here? THIS! SONG! RIGHT! HERE! As some of you may know by now, this was the first single released from the upcoming The Foreign Exchange album Tales From the Land of Milk and Honey this past Monday night.

Let me explain to y'all how there almost wasn't even an album to begin with.

Making music is unpredictable. SO unpredictable that this entire project began with a very brief conversation Nicolay and I had during soundcheck before The Foreign Exchange's New Year's Eve show in Durham, NC on December 31, 2012 about possibly getting up to do some studio work. Up to that point, Phonte and I had worked closely on music dating back to the end of 2005, and I had worked with Sy Smith and Jeanne Jolly (who both toured with us at the time), but I still hadn't stepped into the studio with Nic yet. I mean, he and I had played numerous shows together and we have done work on the same songs before by trading files, but never had we been in the same studio, at the same time, creating while trading ideas. Now, on paper it made sense: two producers/multi-instrumentalists who both compose from scratch without aiming their final product at any genre in particular. But what folks don't understand is that the idea of a "perfect" collaboration can be tough when it comes down to its actual execution. For example, when I create music, I do it solo. Nobody just hanging around, no 20 people in the studio while I'm working, no "yes" men or hype men there to gas up every single note, chord or new sound I play -- absolutely, alone. Same with Nic. So, the idea of simply working together with another producer who creates in almost the same fashion presented itself to be somewhat of a challenge in our minds; I think because, creatively we didn't want to step on toes. But with the May 2013 release of my solo album, ManMade, and the September release of +FE's Love In Flying Colors under our belts, we finally decided to give it a try and locked in a time to get to work. By the time we finally got up in February 2014, it was waaaay overdue. I loaded my car with some equipment, grabbed my small carry-on suitcase and hopped on 95 South for the six-hour drive from Silver Spring, MD to Wilmington, NC. I was anxious to get some new music done and to be honest, neither of us knew what to expect. On the drive down, several thoughts ran through my head.

How will our sounds mesh together? Will they compliment or clash?