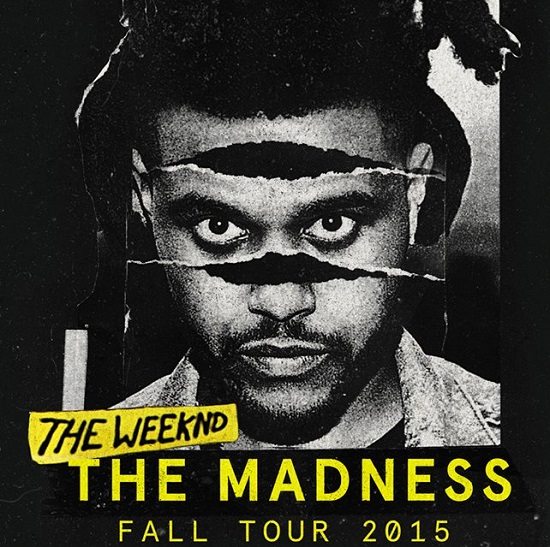 While The Weeknd has kept our summer hot with his single "Can't Feel My Face" and its video in which he's literally on fire (or at least appears to be), it looks as if the Canadian crooner might be ready to take back his "King of the Fall" moniker.

Excitement is already high for his new album, The Beauty Behind The Madness, and the singer will capitalize on his recent momentum by taking his show on the road.  He will embark on The Madness Fall Tour starting this November in his native Toronto and wrapping in Miami in December. Between those two cities, the moody singer/songwriter will log stops in Chicago, Detroit, Washington, DC, New York City, Vancouver, Los Angeles, Houston and more. It's also rumored that The Weeknd will be sharing the stage with the raucous and rowdy rapper Travi$ Scott and the icy R&B goddess Banks (while nothing has been announced officially just yet, both Scott and Banks tweeted messages that they will be on the bill).

Tickets for the trek will go on sale for the general public via LiveNation on August 28th, the same day as The Beauty Behind The Madness is released. However, four days prior, on August 24th, tickets will be available for presale for Citi cardmembers through their Private Pass Program. Peep the dates and venues below.